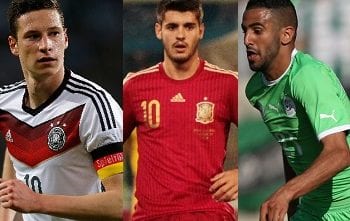 Just writing the following list of players makes the mouth salivate at the plethora of exciting young talent who could feature on the world stage at the 2022 FIFA World Cup Finals in Qatar.   Paul Pogba is one of those rare players that Manchester United let go and lived to regret it. Pogba has blossomed … END_OF_DOCUMENT_TOKEN_TO_BE_REPLACED

The award of the 2006 World Cup was made in July 2000 and the nations bidding to host the tournament were; Germany, South Africa, England and Morocco, Brazil having withdrawn their bid. After three rounds of voting Germany was awarded the finals, ahead of South Africa. That left 198 national teams from all six populated … END_OF_DOCUMENT_TOKEN_TO_BE_REPLACED 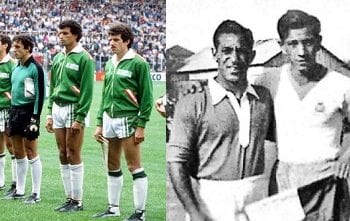 While Egypt was the first Middle Eastern country to qualify for the World Cup Finals, which they did in 1934, the second ever tournament, Algeria have a stronger case for being regarded as the most successful nation from the region at the world`s premier international football tournament.   Ironically Egypt`s two appearances in the finals … END_OF_DOCUMENT_TOKEN_TO_BE_REPLACED