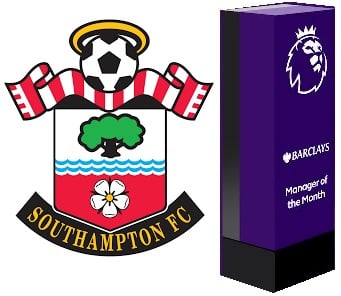 Which seven Premier League Manager of the Month Winners were from Southampton FC?