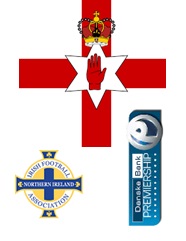 Table lists the Northern Ireland Football League (NIFL) Champions from season 1890-91 to season 2019-20. NIFL top tier is The Irish Premiership or Danske Bank Premiership due to sponsorship. Until 2013 the highest league was called It was formerly called the IFA Premiership.
Linfield are the 2019-20 Irish Premiership Champions. Linfield and Rangers have won more National League Championships than any other club in the world.
The Irish Football Association was the first in the world to introduce penalty kicks in September 1890. Irish League Winners are listed in chronological order.