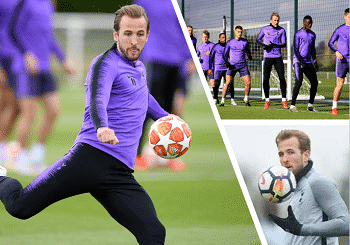 Article: Focus on Transfers as Euros Come to an End by Jonathan Lewis

Transfer windows have been open across Europe for several weeks but interest in the European Championships means that activity has been somewhat subdued. All that should change in the coming days with another major football tournament finally at an end.

Clubs can now resume their interest in some of the game’s hottest properties and the focus in this close season is on two of the most prolific strikers in the sport.

While Tottenham Hotspur would have seen the Euros as a welcome distraction, they must now regroup and battle to hold onto their key striker Harry Kane. Before the tournament began, it became apparent that Spurs would face interest from other clubs as the player looks to join a squad that can deliver trophies.

Tottenham missed out on Champions League qualification once again and a place in the newly-formed Europa Conference League is unlikely to offer adequate consolation to a player of Harry Kane’s stature. He’s been soaring up the club’s scoring charts since making his debut in 2009 and will surely break Jimmy Greaves’ all-time record if he stays at Spurs.

The England captain secured another runners up medal at Euro 2020 as his side lost out on penalties to Italy in the final. He wants to be a winner and Premier League Champions Manchester City are already believed to have tabled a bid.

If any club can agree a transfer fee with Spurs, figures in excess of £100 million are likely. That could prove to be prohibitive, even for a team of Manchester City’s financial status so it’s far from certain that Kane will be leaving his current employers. 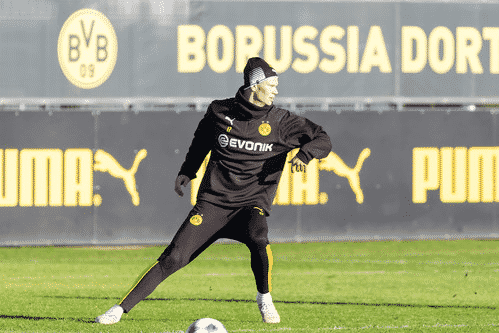 If Manchester City miss out in their quest to sign Harry Kane, they could switch their attention to Borussia Dortmund’s Norwegian striker Erling Haaland. City would, however face stiffer competition in this respect with Chelsea and Real Madrid among other clubs to be linked.

Like Kane, Haaland’s scoring stats are phenomenal and he finished the 2020/21 campaign with a 100% ratio of 41 goals from 41 matches. While playing for Red Bull Salzburg, his stats were remarkable and it was surprising that none of the major clubs picked him up at that stage. Dortmund took the gamble in 2020 and it’s clearly paid off.

At the age of just 20, Erling Haaland has already played for four professional clubs and, ideally, he would be looking for some stability in a bigger side where he can feature for many seasons to come. As with Harry Kane, the issue could lie in reported transfer fees with Dortmund almost certain to demand figures in excess of £100 million.

Will they stay or will they go?

According to the bookmakers, it’s 50/50 as to whether Harry Kane will be with Manchester City or current club Tottenham Hotspur when the current transfer window comes to an end. Sources from asiabet.org show similar prices on both possibilities.

The player may have other options: Manchester United and Chelsea are also listed as possible destinations while there is talk of a reunion with former Spurs manager Mauricio Pochettino at Paris Saint-Germain.

As for Erling Haaland, the sportsbooks feel that there is more likelihood of a move with Manchester City, Chelsea and Real Madrid listed as favourites for the Norwegian’s signature.

Rumours will intensify as the new football season approaches and asiabet will be working hard to reflect any changes to those odds. Along with regularly updated prices, the website also publishes football news and reports on potential transfers. Readers can also take advantage of sign up offers via a panel of respected sports betting companies. Many have a generous welcome package plus a range of funding options.

That’s the place to be for anyone interested in transfer betting. There will be many players to consider over the course of the close season but Harry Kane and Erling Haaland are the biggest names in the frame this summer.