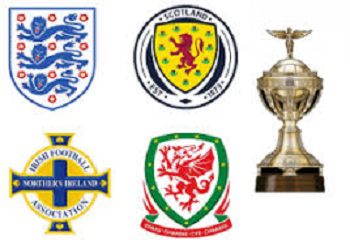 Teams finishing in shared position listed according to their goal difference

1. Northern Ireland continued to compete as ‘Ireland’ until season 1976-77 when they officially changed their name.

3. The 1980-81 Championship was cancelled due to civil unrest in Northern Ireland.

4. The Four Associations’ Tournament, between Scotland, Wales, Northern Ireland and the Republic of Ireland, was launched in 2011.