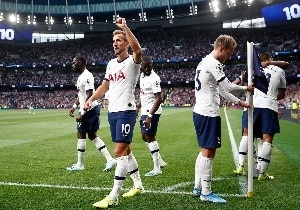 Tottenham Hotspur started the 2019-20 season as UEFA Champions League Runners-Up after playing in what was arguably the most important match in the Club’s 137-year history against Liverpool at Madrid’s Wanda Metropolitano Stadium on 1st June.

Four players were added to the squad during the summer: Tanguy Ndombele for a Club Record £60m fee from Olympique Lyonnais, Jack Clarke for £10m from Leeds United (loaned back for the season), Fulham’s Ryan Sessegnon for £25m and Giovani Lo Celso initially on a season loan from Real Betis.

Spurs won the Audi Cup pre-season in Munich and started the Premier League 2019-20 in confident mood as they prepared for their first full season in the new £ billion stadium. A 3-1 home win against Aston Villa got the season off to a flying start with Harry Kane scoring a brace and new boy Ndombele on the score sheet. The odds of Spurs winning the League Title must have looked pretty good with BetMGM bonus code 2020

Tottenham then only managed two points from the next three fixtures with away draws at Manchester City and Arsenal sandwiching a home defeat to Newcastle United. Crystal Palace were dispatched with a 4-0 home win followed by an away Champions League draw at Olympiacos in Greece.

Tottenham’s next six fixtures saw only one win (home to Southampton) and included a Football League Cup elimination at the hands of Colchester United after a penalty shoot-out. The 2-7 Champions League defeat at home to Bayern Munich was especially hard to take.

Two wins against Red Star Belgrade did little to improve the mood and the 1-1 home draw against Sheffield United on 9th November proved to be the last match in charge for Argentine manager Mauricio Pochettino who’s 290-game tenure at Spurs came to an abrupt halt.

Within a matter of hours, Spurs Chairman Daniel Levy announced that Portuguese manager José Mourinho had been appointed on a four-year contract. Initial results were promising with three consecutive wins against West Ham, Olympiacos and AFC Bournemouth before an away defeat at Old Trafford on 4th December. Would Mourinho turn-out to be the Golden Nugget for Tottenham’s success?

The next five games saw three wins and two defeats before a run of four games without a win ended with an FA Cup replay win against Middlesbrough. During this period Tottenham’s squad was bolstered with the addition of Gedson Fernandes on an 18-month loan from Benfica, Steven Bergwijn’s transfer from PSV Eindhoven for £27m and the permanent transfer of Giovani Lo Celso while Danish midfielder Christian Eriksen joined Inter Milan for £16.9m ahead of his contract expiry in the summer.

In fact, Spurs failed to win a game in the last six matches played before football, was suspended for the season in a sequence which saw Tottenham Hotspur eliminated from the Group Stage of the UEFA Champions League to German Club Red Bull Leipzig and from the FA Cup after a penalty shoot-out against Norwich City.

So what to make of Tottenham’s 2019-20 season? It was a season which promised so much but ultimately proved to be a bitter disappointment with elimination from all the Cup Competitions and just 41 points amassed from the 29 Premier League matches played for an eighth-place slot in the Table before the season came to an unexpected hiatus.

At the time of writing, it’s unclear if the season will be expunged from the records or if the remaining matches will be played during the summer months. But as things stand, this will be a season many Spurs fans would probably prefer to forget about.

By Paul Yarden, Founder and Editor of MyFootballFacts 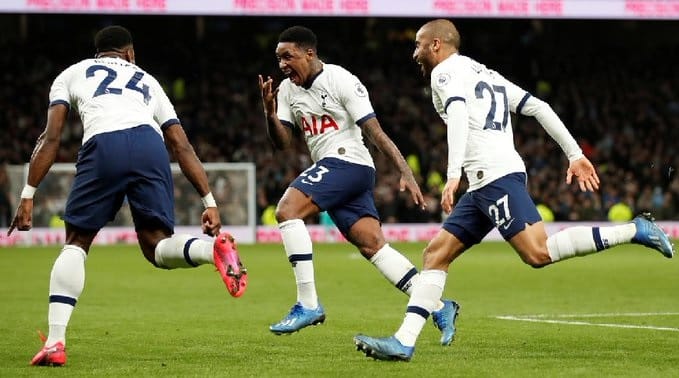