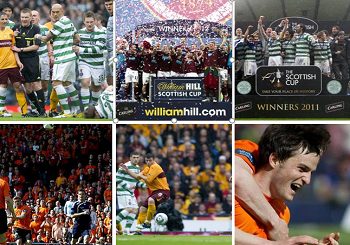 The Scottish Football Association Cup is the world’s second oldest national cup competition, first contested in 1873 and only being predated by the English Football Association Cup.
It is a pure knockout tournament with single matches, with replays being held if the first match is a tie. All 12 Scottish Premiership clubs automatically enter the tournament, as do all Scottish Football League clubs. A number of non-league clubs participate by virtue of having qualified through one of two regionalised qualifying cups; or since 2007-08 by having won the Scottish Junior Cup or one of the three regionalised Junior leagues. The final is usually played at Hampden Park in Glasgow.

1889:  Replayed by order of SFA due to playing conditions in first match  won 3-0 by Third Lanark