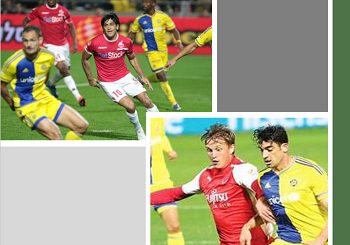 Table shows the Israeli football clubs regular season standings from 1979-80 to today. The top tier Israeli league was Liga Aleph from 1949-50 to 1954-55, Liga Leumit from 1955–56 to 1998-99 and Israeli Premier League from 1999 to today. The Israeli Premier League consists of 14 clubs from 2012-13, prior to that there were 16 clubs. After the 26 matches of the Israeli Premier League regular season, the top six teams play a Championship Playoff. The winning club of the Israeli Championship Playoff  qualifies for the UEFA Champions League; runners-up and 3rd place qualify for UEFA Europa League. The bottom eight teams play a relegation round in which the two last place teams are relegated. See here Israel Football League Standings from 1949-50 to 1978-79 .