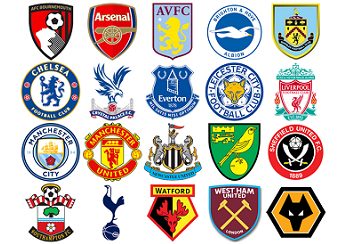 For as long as we can remember, the highest football league in England has been the most exciting one in the world. Through the years, we’ve seen many of the greatest players represent the top clubs and give the supporters a vast amount of joy in the biggest games. Today, the Premier League is more exciting than ever, with some of the best teams in Europe battling it out for the trophy.

Every football fan love to feel the edging nerves of an important game. Many of us also choose to pick up the excitement a notch by betting on the matches. Simply because of two reasons: 1) it’s more fun, 2) today it’s straightforward to place a bet on your phone or another digital platform. Among all casino sites online, most of them offer to bet on soccer, with good odds as well.

The international break is over, and we can look forward to the next game week on the 21st to 23rd November. The game we’re most excited about is obviously Liverpool vs Crystal Palace at Selhurst Park. But there’s a big happening at the Etihad Stadium as well; Manchester City faces off with Chelsea who are in top form.

One safe and one fun bet

Well, everyone expects Liverpool to beat Crystal Palace, without having to break too much of a sweat. Jürgen Klopp’s men have proven to be almost impossible to beat, and only twelve games into the season, people are saying that they can achieve what Arsenal did in 2004, an unbeaten season. Palace’s coach Roy Hodgson is the most merited one in the league, and he should be able to put out a good game plan. But at this stage, it’s highly unlikely that it would be enough to stop Liverpool. In other words, you can feel safe betting on a victory for the reds.

Those who like to bet on challenging games with higher odds will have a real treat this weekend. Since losing at Anfield, Manchester City must defeat Chelsea at home, or they might as well hand over the league title to Liverpool. Even though Chelsea are in good form with six consecutive victories in the league, they are unlikely to win at the Etihad. To bet in their favour would give you around seven times the money.

Will Lampard put and end to Pep Guardiola as Manchester City manager?

When Chelsea’s club legend Frank Lampard stepped in as head coach, few expected him to succeed in the way he’s done so far. Especially regarding The Blues transfer ban until summer 2020. Lampard has been forced to trust in his young players coming through, and they haven’t let him down. His most impressive talent so far this season has been 22-year-old striker Tammy Abraham who has already bagged ten goals in the Premier League, placing him second on the scoresheet with just one goal behind the experienced Leicester forward Jamie Vardy.

Seen to their high standards, Manchester City have had a difficult season so far. They are struggling with injuries at the back, and find themselves nine points behind Liverpool on the table. They cannot afford to lose more points if they want to have a realistic chance of winning the league. Yes, their coach Pep Guardiola has more pressure on him than ever before, and if Lampard defeats him, he could be leaving his club at the end of the season. Not because City would prefer another coach, but because Guardiola himself might feel that he’s done with the Premier League.

The game between Manchester City and Chelsea on 23rd November will be fully loaded. Who do you think will end up as winners?