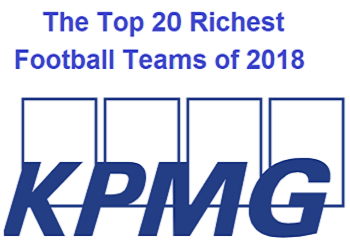 Article: The Top 20 Richest Football Teams of 2018 by KPMG

This article provides an indication of the business value of the most important European football brands as of 1 January 2018.

Manchester Utd and The English Teams Dominate The Ranking

According to KPMG’s calculations, Manchester United leads the ranking of richest clubs that are worth more on the basis of data available until January 2018 without considering the sporting and economic results accrued in the following months until May. On the podium, there are also Real Madrid, new champions of Europe and Barcelona. The only Italian team in the top ten is Juventus, which according to this report is worth more than Rome, Naples and Lazio put together, but less than half of Real Madrid. 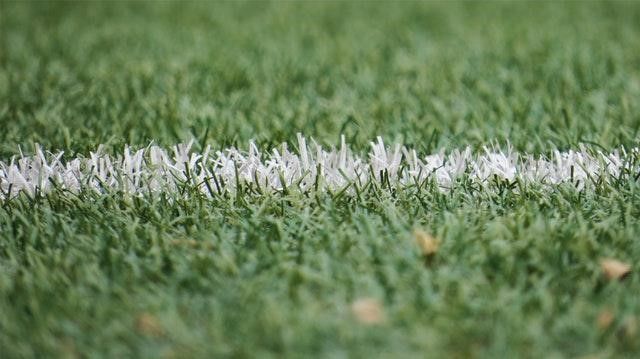 The method used by KPMG is based on the analysis of multiples, the method considered most appropriate because it does not take into account the company’s net financial position, i.e., financial debt or liquidity surplus. Thus, making the comparison between European football clubs as homogeneous as possible. This method consists precisely on identifying all variables, more or less related to each other, which are able to synthesise the ability of the football club to produce its wealth.

The variables being measured are:
1. Profitability and Sponsorships
2. Popularity
3. Sporting potential
4. TV rights
5. Stadium ownership
It should be noted that this analysis does not take into consideration the economic and sporting results achieved by the clubs last season. Despite the increase in the cost of transfers and wages, football clubs have seen a surprising upward trend, i.e., profits are showing a positive trend with a sharp increase of about 17 times compared to the previous year, as KPMG writes on its website.

And the Italian Teams? Naples is a Surprise!

The Neapolitan club Napoli SSC is the Italian team that is worth the most, except for Juventus. It is positioned with a value of €518 million and is 17th in the KPMG ranking. The Azzurri, after their beautiful sporting performances, have passed Rome, Inter and Milan.

Juventus remained in 9th place for the fourth consecutive year, driven by a 20% increase in revenues, thanks to the victory of the seventh consecutive Serie A title and the Champions League final in Cardiff, which allowed for then – Andrea Agnelli’s club, to collect a prize of €110.4 million from UEFA. Juventus is the only football brand in the Serie A that has managed to create an economic gap between itself and the rest of Italy, assuming a true international dimension. In fact, it is the ninth largest football club in Europe and is worth €1,302 million.

The performance in the European cups is the main driver for the growth of Italian clubs in terms of revenue. A positive signal on the one hand, considering that from the 2018/19 season there will be 4 guaranteed seats in the Champions League, but on the other hand worrying for a poor attitude, in general, to develop sources of revenue released from media rights. In a ranking dominated by the clubs of the English Premier League (with 14 teams in the top 30), Milan is in 18th place with €514 million in revenues and Rome, 21st with €455 million.