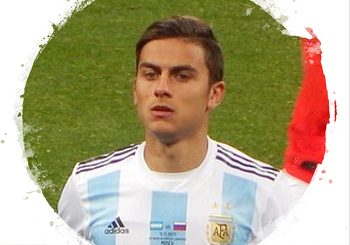 The Curious case of Paulo Dybala

Paulo Dybala, the 25-year-old Argentine forward was once tipped for greatness. Many believed he would succeed Lionel Messi. Those who followed him closely during his formative years nurtured a belief that his lad from Argentina possessed all the ingredients to become the next big thing in the world of football. Come 2019; he can be seen playing for Juventus, alongside Christiano Ronaldo, the great Portuguese forward.

He started his journey with Italian club Palermo in 2012. The Italian club broke its transfer record to acquire the services of the then 18-year-old. His talent was never in question. Palermo shelled out a lot of money in order to rope him in because they were well aware of his potential. Seven years down the line, he still remains the club’s most expensive signing. After enjoying a few decent seasons with Palermo, he decided to shift base to Juventus. The Italian giant was signed by Juventus of a sum of £36 million.

In 129 matches for Juventus, he has scored 57 goals thus far. The 2017-18 Serie A season was his most successful season with the Italian giants. He scored 22 goals in 33 Serie A matches. Dybala’s goal-scoring prowess ensured that his place in the pantheon of greats could no longer be denied.

Everything changed for Dybala after Christiano Ronaldo joined Juventus from Real Madrid. Ronaldo’s arrival meant that Dybala was no longer the club’s go-to striker. From a ‘young prodigy’, he quickly turned into a spare piece. The goal-hungry Christiano Ronaldo seems to be robbing Dybala of scoring opportunities. At 25, his career seems to be falling apart. Many believe he should start looking for opportunities elsewhere.

Arsenal wanted to sign Dybala as he happens to be a long-term prospect and has the ability to win games single-handedly. If you are a die-hard Arsenal fan, then get your Arsenal hospitality packages booked as soon as possible.

Also, matches between Arsenal and Liverpool attract a lot of fans. If you wish to catch the excitement, then get your Arsenal vs. Liverpool tickets booked right away.

Manchester United, the Premier League giants, have been keeping a close eye on Dybala’s progress. Also, Alexis Sanchez’s disappointing show in the 2018-19 Premier League season has prompted the team management to look for younger and better alternatives. Dybala’s inclusion will provide the Red Devils with a long-term ‘striking’ solution.

Mauricio Pochettino has been quite vocal about his interest in Paulo Dybala. He too seems to be looking for a long-term prospect. In Dybala, Pochettino will get a proven match-winner. Also, Dybala is expected to fit into Pochettino’s scheme of things quite effortlessly. He can score goals, spearhead assists, and pull off some exceptional penalties.

Also, matches between Arsenal and Liverpool

What is in it for Dybala?

The Premier League happens to be the biggest show on earth. It is the world’s most-watched football competition. Many of the biggest names in the world of football can be seen plying their trade in the Premier League. If Dybala gets an opportunity to play in the Premier League, he will get to share the dressing room with some of the finest names in the world of football. Also, he will get an opportunity to express himself freely. Many feel that Dybala’s on-field exploits are being overshadowed by Christiano Ronaldo at Juventus. Dybala was expressing himself quite well, but Ronaldo’s arrival seems to have left him with limited scoring opportunities.

Dybala is a player

In all fairness, Paulo Dybala is a really exciting player.  At 25, he has a good amount of experience under his belt. He just needs an opportunity to shine. The moment he gets one such opportunity, he will grab it with both his hands. Many of Dybala’s biggest fans believe that he has every chance of becoming one of the world’s finest footballers. All he needs is one good opportunity.

Catch Dybala in action this October.