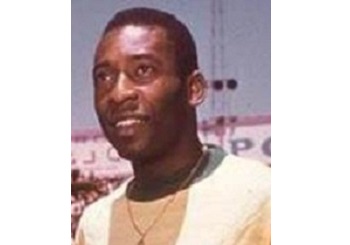 Will Anyone Ever Beat Pele’s Scoring Record?

The recent death of legendary Brazilian player Pele has caused many fans to take another look back at the striker’s record. An incredible 1,281 goals scored in 1,363 games means that he is officially classed as the greatest goalscorer in the history of the sport, but can anyone else overtake him at some point?

At this point, we need to clarify that Pele’s amazing scoring record includes goals scored in friendlies and army matches. If we take away those goals and only count those scored in competitive games, we’re left with a total of 762. This would actually put the Brazilian icon in third place on the all-time goalscorers list.

Cristiano Ronaldo is top of that list with 819 career goals, meaning that he’s the top career goalscorer of all time. With the Portuguese superstar set to join Al-Nassr in Saudi Arabia, he’s likely to carry on adding to that total for at least a season or two. However, he’s highly unlikely to reach Pele’s overall total.

Therefore, the question of who is the top scorer of all time comes down to how much importance you give to those friendly goals. Those who support Pele’s claim as the best scorer in history point out that friendlies were more competitive in his era and that there were fewer opportunities for him to play tournament and league matches than modern players have.

The list of players to have scored over 500 competitive goals in their career is short, at just over 20 names. However, it’s interesting to note that it contains several currently-active players, perhaps due to modern footballers having longer careers and playing more games than in the past.

Argentine forward Lionel Messi is second on the list with 793 goals, putting him ahead of Pele’s competitive total. As is the case with Ronaldo, Messi is entering the last few years of his career and has played in his final World Cup, so the idea of reaching 1,000 goals or higher seems very unlikely but isn’t impossible. The long time he spent at Barcelona means that Messi is the only player to have scored 500 goals for a single club.

Will he carry on scoring so many goals this season? The betting odds for the top goalscorer in this season’s Champions League has Messi in fourth place, behind Erling Haaland, Kylian Mbappe and Mohamed Salah. This means that Messi is still seen as one of the best scorers in Europe according to the latest information that’s available to the bookmakers. Specialised betting software is used so that bookmakers can confirm they have the most accurate feeds and information available to calculate the right odds. Alongside this, bookmakers also provide a wide range of markets, as well as a mix of live and pre-match betting to attract as wide a demographic as possible and ensure customers can place bets at different stages depending on what they prefer.

A Star of the Future?

With sports science helping players to enjoy longer and more productive careers, it isn’t out of the question that a star of the future could surpass Pele’s total of 1,281 goals. However, it would take an incredible effort, as they would need to score the equivalent of 60 goals each season for more than 20 seasons.

The debate around who is the greatest scorer of all time doesn’t reduce Pele’s legacy in any way, as it boils down to the Brazilian playing in a different era from modern greats like Cristiano Ronaldo and Lionel Messi. All three of these players deserve their inclusion on the list of the best players and scorers in history, but we’ll need to wait to see who else joins them on that list.