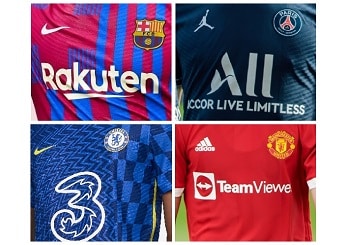 The Most Valuable Football Sponsorship Deals in the World

The popularity of football means its influence in every way on the fans. Understanding this, many sponsors have turned to famous teams to offer very attractive sponsorship offers, which also helps sponsors’ names and brands get closer to world fans through football. Not only that, but famous bookies also participate in these lucrative contracts so that their reputation is saved in the minds of fans. You can easily see images of the famous football club on big betting apps like the Hollywood bet app. So, what sponsorship contracts have gone down in football history?

Barcelona and Japanese e-commerce and online retailer Rakuten have a £47 million-a-year shirt sponsorship deal, like Manchester United and TeamViewer. Barcelona’s contract with Rakuten signed in 2017 has a term of 4 years and has been extended. It was Gerard Pique who brought this sponsorship to Barcelona through his relationship with Rakuten President and CEO Hiroshi Mikitani.

French hotel unit Accor supports the largest club in France with a contract worth more than £40 million/year. However, this contract is on the verge of collapse due to many problems around timely payment.

British media giant Three has replaced Yokohama to become a sponsor for Chelsea with a rate of £40 million/year. Like other big teams, trophies and stars have helped Chelsea attract a lot of sponsorship. Previously, they had long-term cooperation with the Fly Emirates and Samsung.

Real Madrid is currently the team enjoying the most valuable shirt sponsorship in the world with £60 million/year from Fly Emirates airline. In the opposite direction, the UAE airline also attracted more attention thanks to the Galactico project of Los Blancos with the highlight of the signing contract to recruit Cristiano Ronaldo in the summer of 2009. Not only that, but Real Madrid also left a beautiful mark on the fans’ hearts when they were the undefeated kings of the Champions League for three consecutive years.

When it comes to Italian football, Juventus is no longer a strange name, they are the most successful team and bring home all the Italian fans. Therefore, big brands like Jeep and Adidas have invested heavily in this team with a figure of up to $121 million a season. Juventus has been associated with many different brands for many years. Starting with Ariston in 1981, then in 200-2003, they signed a contract with the famous sponsor Lotto. Then there is Nike and until now, they bring fame to the Jeep brand with a contract until 2024. Not only that, the Jeep brand which is owned by the Agnelli family who also own Juventus via its Exor Group of companies. also did not hesitate to invest $55 million in the Italian national team every season.

Getting a contract with famous teams is not easy, even sponsors have to spend huge amounts of money for the players to put on their branded jerseys, but the team In return, they will also receive attention and raise their prestige a lot. 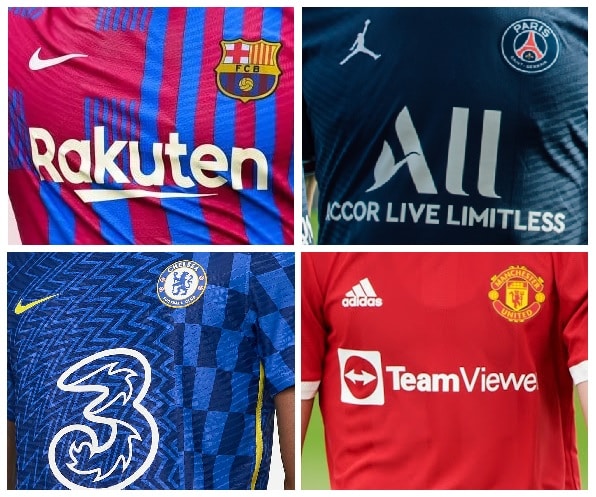