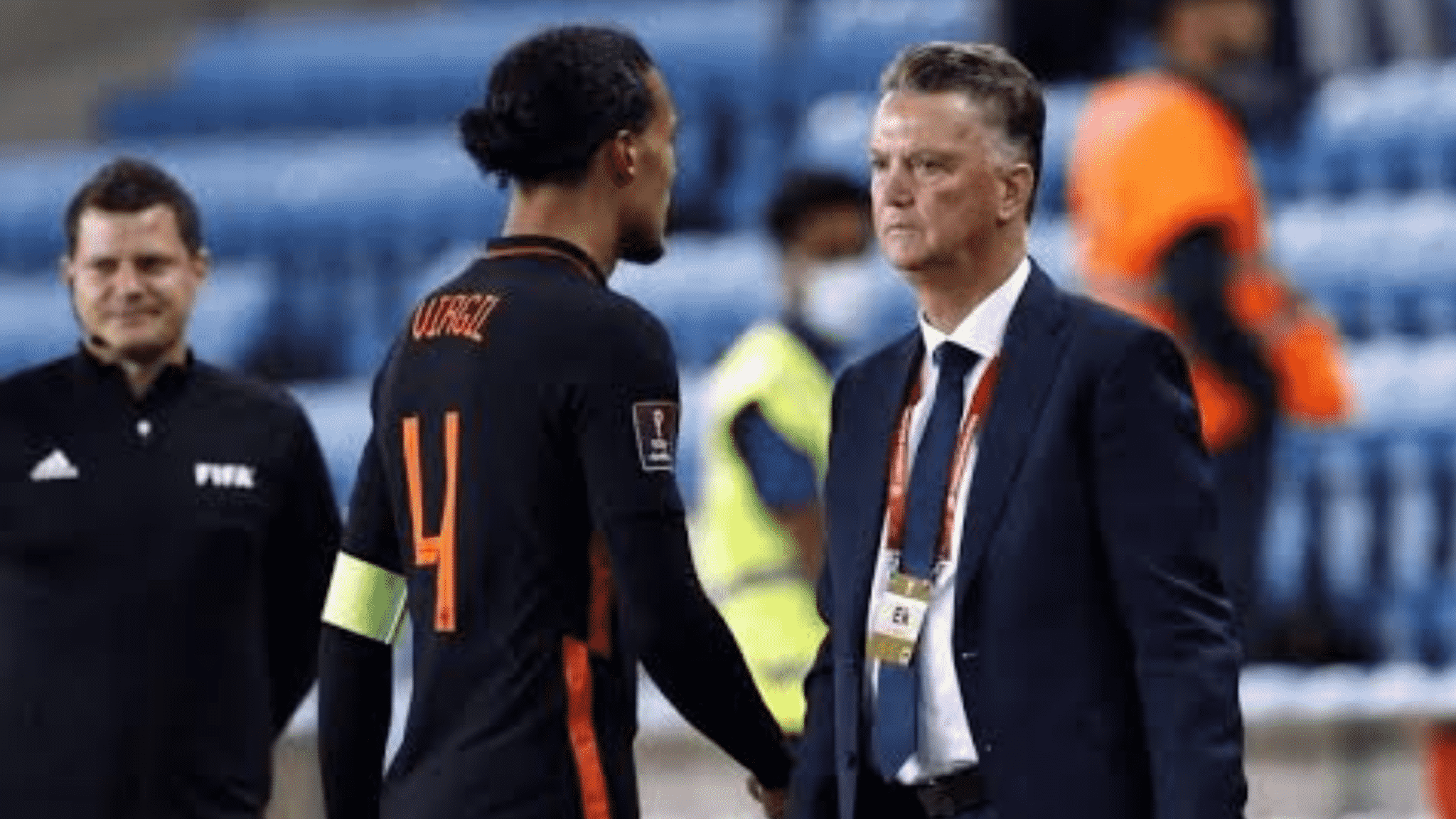 Liverpool defender Virgil Van Dijk has spoken about his discussion with his national team manager, Louis van Gaal, after he revealed on Dutch television that he was suffering from prostate cancer.

Van Gaal, currently in his third stint as manager of the Netherlands following the sacking of Frank De Boer in 2021, is on a tour promoting a documentary film on his life and career. It was on one of the media tours he announced his ailment to the world.

The news has taken the football world by storm and messages of goodwill have poured in from all angles towards the veteran manager, who is receiving treatment for the ailment.

Van Dijk, captain of the Netherlands national team, was asked how the team has taken the news of their manager’s sickness in a press conference on Monday.

“I was also in shock last night,” the defender said. “I messaged him after the interview – it definitely says a lot about him.

“I said to him as well, he’s probably not that type of guy that needs a lot of sympathy, that’s how he is.

“I told him as well that we are definitely going to be there for him as a group whenever he needs it – and hopefully we can also make it, for him, a World Cup to never forget.”

Van Gaal is hoping to do one better than his 2014 World Cup third place finish with the Netherlands team in 2022 and has set the ball rolling towards that outcome.

The Dutch team are unbeaten in nine games since the former Manchester United boss returned. His storied career which has seen him take charge of Ajax Amsterdam, Barcelona and Bayern Munich is being documented for future generations in a film titled, “Van Gaal: The Man Behind the Legend”.

Speaking in his promotional interview, the 70-year-old talked about the reason why he did not mention it to his team: “I think you don’t tell people you work with like that because it might influence their choices, their decisiveness, so I thought they shouldn’t know.

“You don’t die from prostate cancer, at least not in ninety per cent of the cases. It is usually other underlying diseases that kill you. But I had a pretty aggressive form, got irradiated 25 times. Then you have a lot of management to do in order to go through life.

“I did have preferential treatment in the hospital. I was allowed in through the back door when I went to an appointment and was immediately pushed into another room. I have been treated wonderfully.

“You will of course tell your friends and relatives about it. The fact that nothing has come out yet also says something about my environment. That’s great.”