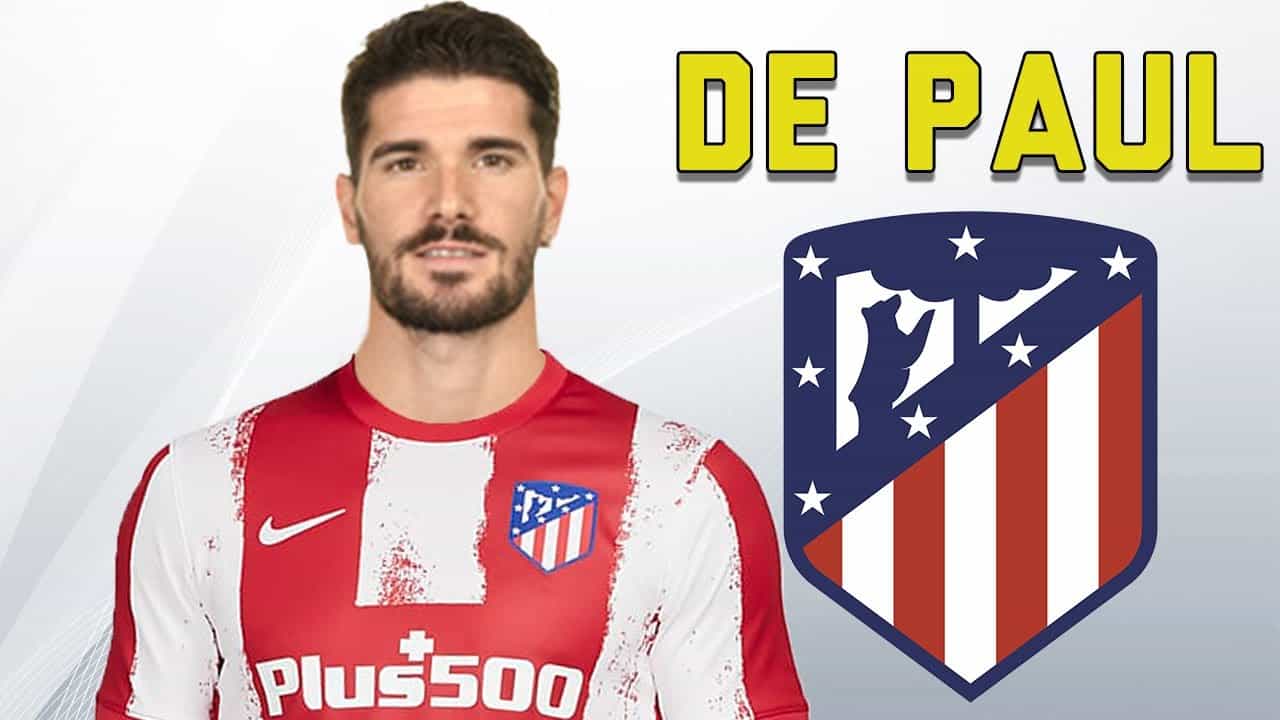 Rodrigo De Paul could be returning to Italy after just one season back in Spain with Atlético de Madrid, according to reports.

The midfielder joined the LaLiga defending champions from Udinese in the summer for €35 million on a five-year contract.

However, Spain continues to be a hindrance to the 27-year-old, whose qualities are without doubt as is evident from his form with Argentina on the international stage and his five-year stint with Udinese, where he became captain in his last two seasons.

De Paul struggled previously with Valencia as then manager, Nuno Espirito Santo, could not find the best position to utilise the very versatile midfielder.

It looks like more of the same as De Paul has failed to win the heart of his compatriot, Atlético manager Diego Simeone, despite some impressive plays in the first few months of his return to LaLiga.

Both Spanish and Italian media now report that the hard-tackling midfielder will appreciate a return to Spain, either on loan or on a permanent transfer, as the World Cup approaches in order to stay match fit for Argentina, who he is a key figure for.

Juventus and Fiorentina are reportedly interested in De Paul, but Atlético will accept nothing less than the amount they paid for him in the summer if a transfer is the option presented to the LaLiga club.

Injury worries for Atlético ahead of UCL clash against Man City

Elsewhere, Atlético have a big injury problem on their hands as key defender Jose Maria Gimenez limped off the pitch after five minutes in their 4-1 home win against Deportivo Alaves on Saturday in LaLiga.

Two braces from João Felix and Luis Suarez helped Los Rojiblancos see of Alaves at the Wanda Metropolitano in what was a perfect preparation for the crunch fixture against Manchester City, who are favourites for the European title.

The win took Atlético to third on the table, and they are level on points (57) with Sevilla in second but have played a game more than the Andalusian club. They could move down to fourth place on goal difference if Barcelona manage to beat Sevilla on Sunday.

They, however, have a bigger worry as Gimenez’s limping off did not look good for their Man City clash or the rest of their LaLiga season.

Gimenez’s absence would be a big blow for Atletico, as he has established a solid partnership with former City defender Stefan Savic. Against City, Atlético will also be without a key player in Yannick Carrasco, who will be serving his final match ban after a slew of yellow cards.

Meanwhile, Simeone is brimming with positivity for his clash against City and his old LaLiga rival Pep Guardiola, who he has knocked out of every tournament they have both competed in.

The Argentine, however, remains wary that the UEFA Champions League is another ball game entirely. “We follow the same line and we don’t have to look at anything differently in La Liga”, Simeone told Marca.

“However, the Champions League is another thing, and we are up against an extraordinary opponent who are playing very well.”