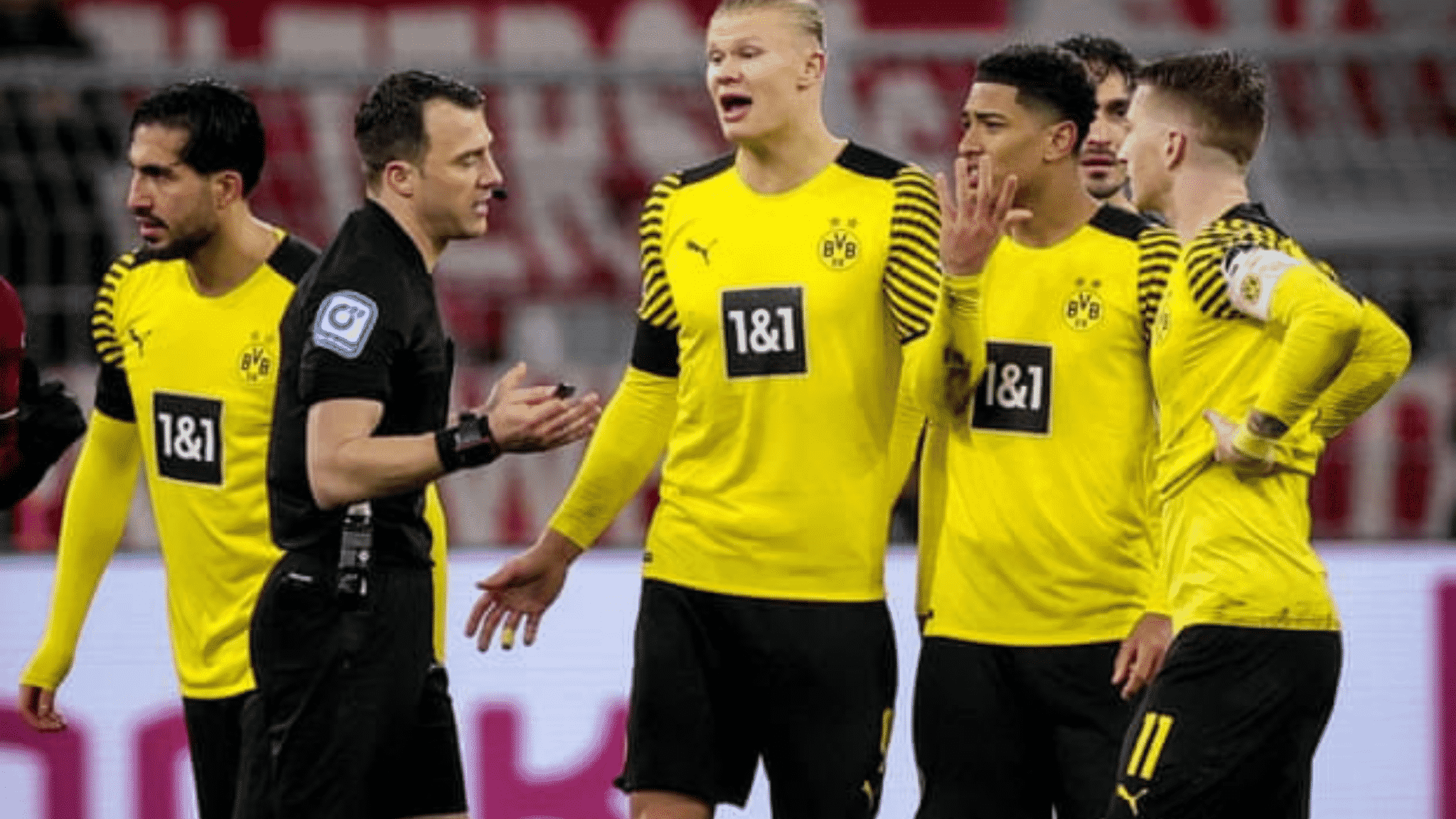 Borussia Dortmund have opened their doors to footballers who had to flee Ukraine because of Russia’s invasion of the country.

In February, Russian president Vladimir Putin ordered Russian troops to invade neighbouring Ukraine and the fallout of the invasion also got to football.

Some joined the Ukrainian military while the others have donated in cash and kind as Ukraine continues to fight off the Russian invasion.

With footballers plying their trade in Ukraine now in limbo concerning their careers, Borussia Dortmund have opened their training grounds to those of them who were able to flee the country to Germany.

FIFA’s decision also means that these players can be signed by another club at the end of the season for free.

Raymond Frimpong Owusu of Zorya Luhansk spoke with German media during a training session at the Dortmund U-23 facility.

“The bombs and rockets fell – I could hear them. The war was getting closer and closer, and I got scared. Then I decided to flee,” Owusu told Ruhr Nachrichten of his journey from Ukraine, via Poland, to Dortmund.

“And now I’m training here at Borussia Dortmund, and took a photo with Erling Haaland after training. That’s crazy!”

More support for the refugee players from the Bundesliga keeps coming as the first and second divisions of Germany’s football league have sent messages of peace and solidarity.

The Ukrainian flag has also been hoisted in solidarity at games, while clubs have worn the colours of the nation under invasion. The German football league leadership have also donated €1 million towards humanitarian aid.

Dortmund defender Matts Hummels said of his club’s efforts to help the refugee players: “The people of Ukraine are of concern to all of us and need our help.

“BVB and I offer our support.”

Back on the pitch, Michael Zorc, Borussia Dortmund director, has played down his side’s chances of winning the Bundesliga this season.

The BVB currently sit in second place, seven points from the top of the table where Bayern Munich comfortably sit. However, the Bundesliga leaders slipped up in the league, allowing Dortmund to close the gap to seven points.

Talks of an upset have been agog in German media, but Michael Zorc is refusing to be carried away by those talks, and has asked his side to stay focused on their upcoming matches.

In an interview with Ruhr Nachrichten, the Dortmund sporting director wrote off his team’s hopes of winning the Bundesliga title this season as ‘nonsense.’

“We don’t need to look at the table, we need to focus on our games,” Zorc said. “Two weeks ago, we were still considered by many to be the fools. Now to suddenly start talking about the championship, that’s nonsense.”

Dortmund are set to take on Mainz 05 on Wednesday, and a win over their opponents would see Dortmund only four points away from top spot.

Bayern still remain overwhelming favourites for their 10th successive title, even if Dortmund manage to win all their remaining nine games in the season.