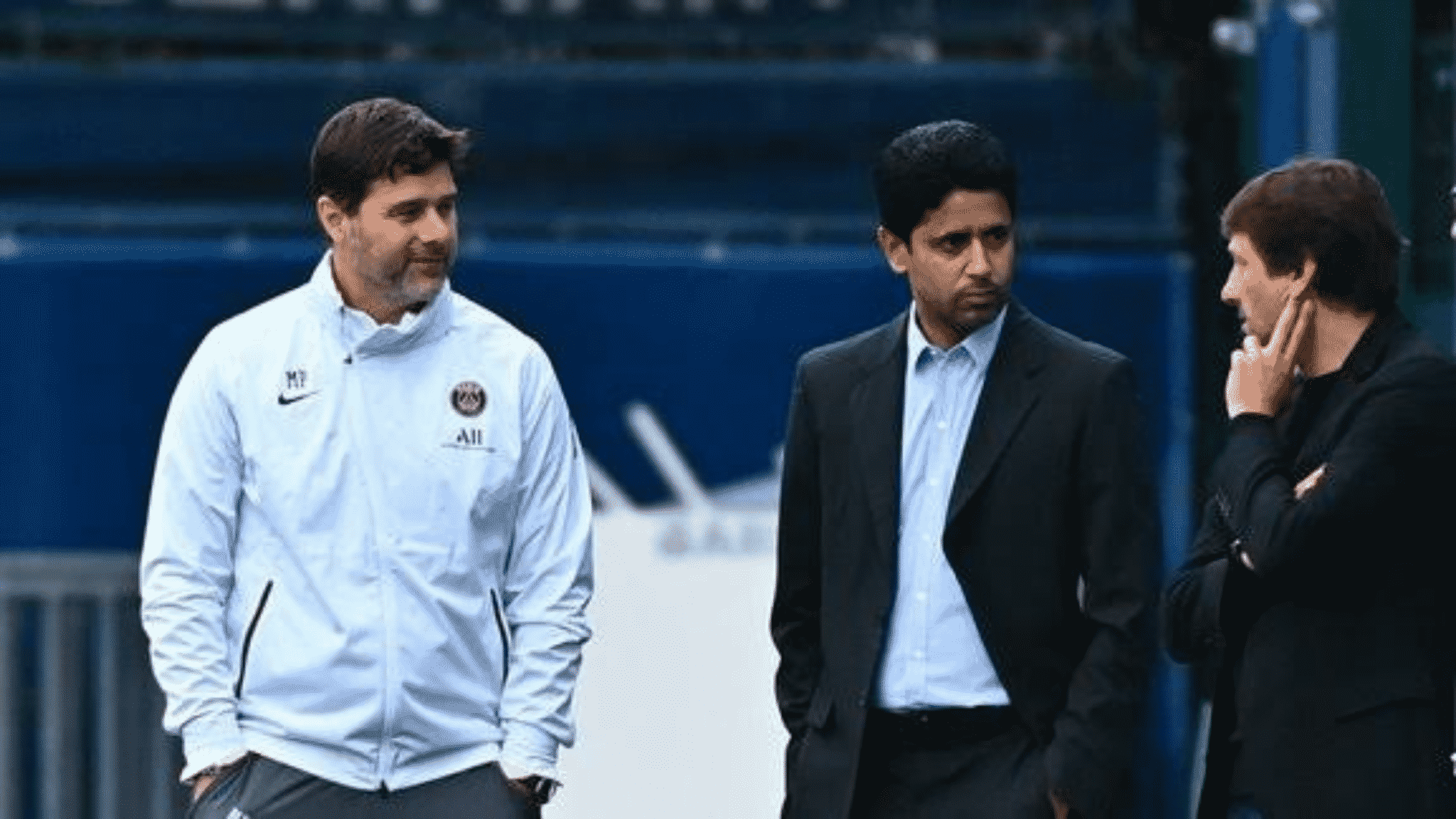 Mauricio Pochettino could be axed from the French giants soon but sporting director Leonardo Araujo has refused to comment on the matter.

Paris Saint-Germain crashed out of the UEFA Champions League thanks to a 17-minute hat-trick by Karim Benzema in the second half of the high-stakes tie.

A 17-minute flurry of attack from Real Madrid resulted in a hat-trick by Benzema as Real Madrid came back from 2-0 down to win the title 3-2 and progress into the UEFA Champions League quarter-finals.

Pochettino was hired with the sole aim of making PSG into Champions League contenders and in his two years at the club has failed to do so.

Rumours of his sacking from Parc De Princes have been going around, as have reports of his being considered for the Manchester United job.

With Pochettino now out of the Champions League, those rumours have resurfaced almost immediately and PSG sporting director, Leonardo, has refused to comment on the matter when asked.

Leonardo claims Pochettino has failed in his objective

Leonardo, when asked for his thoughts on the game, admitted that the former Tottenham Hotspur boss has failed in his objective to win the Champions League.

“We shouldn’t throw everything in the bin. We shouldn’t start from scratch after every loss,” Leonardo told RMC Sport.

“The objective is to win the Champions League, and until half time we were fine.

“We have to look to improve this team and maintain morale to play in Ligue 1 and to finish the season well.

“We should stay together. Pochettino is still part of the project for this season. It’s not the time to think about that.”

Pochettino admitted he was disappointed with the defeat but asked for PSG fans to remain calm.

“The present is all I can deal with. As for the future, what will be will be. We play to compete and to win. It’s a hard blow to take but we have to keep a calm head now.”

Reports from France suggest Leonardo could also pay the price for the club’s latest Champions League failure in the knockout stage.

Insider reports (via Marca) claim that PSG stars Neymar and Gianluigi Donnarumma almost came to blows as both of them blamed each other for the loss to Madrid.

The report stated that both players had to be separated in the PSG dressing room as a blame game between both of them started to become heated.

Benzema’s first goal was a product of poor goalkeeping from Donnarumma who fumbled the ball, allowing Vinicius Junior too tee up Benzema for a tap-in.

Neymar was the cause of the turnover in midfield which led to the second goal, as Luka Modric snapped the ball off the Brazilian and worked it towards PSG’s goal for Benzema to finish.

Neymar and Donnarumma argued and blamed each other and the argument became more heated at the final whistle. The two players had to be separated in the dressing room to prevent them coming to blows.