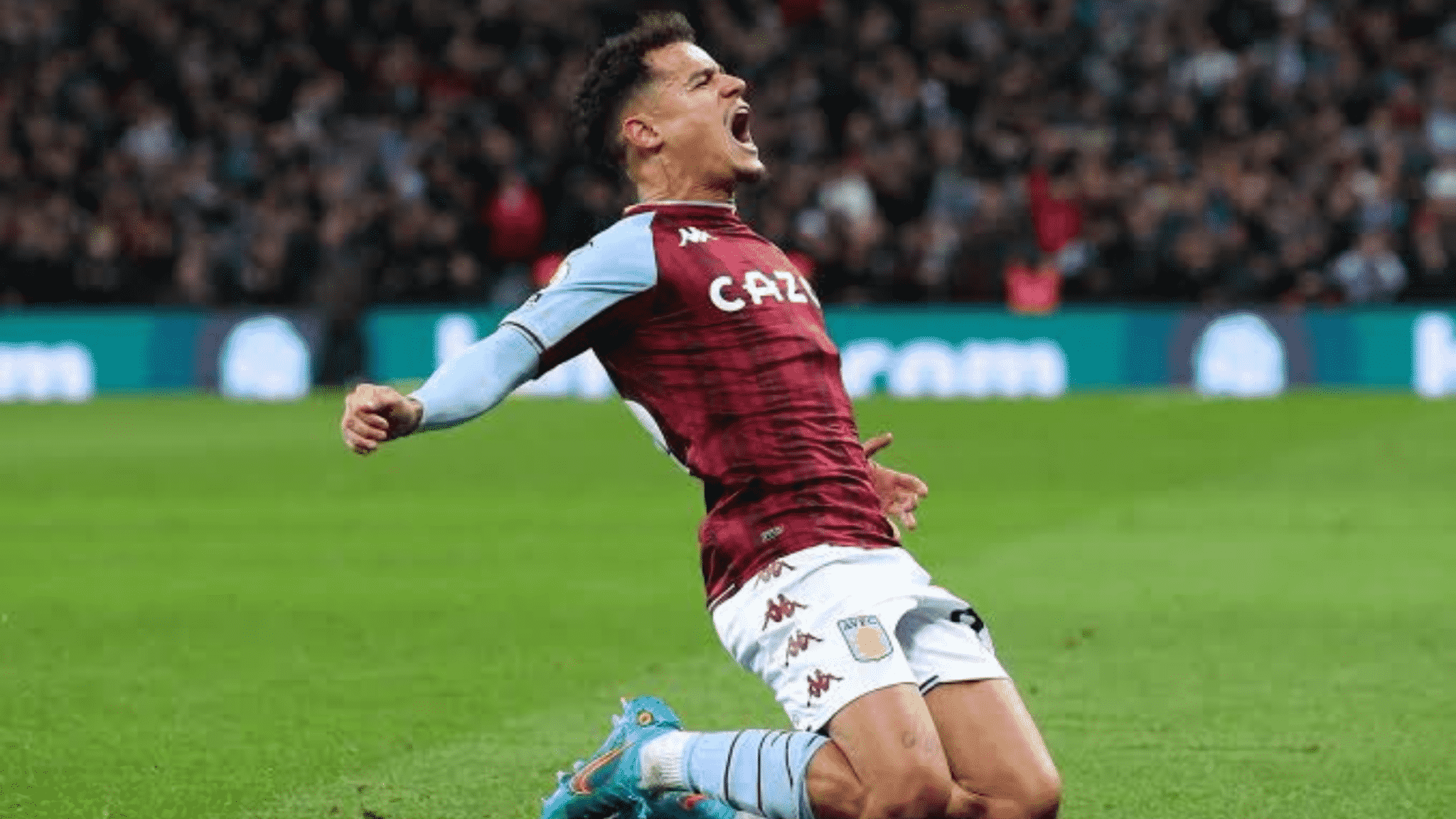 No Decision has been Made on Philippe Coutinho, Gerrard Says

Aston Villa manager Steven Gerrard says no decision has been made on the future of Philippe Coutinho at Aston Villa.

The 29-year-old Brazilian joined the Villans from Barcelona in January on a six-month loan deal and has been one of their best players since then.

He has scored three goals and provided three assists in seven games since joining the club. Many have touted a revival for the Brazilian whose career seemed to nosedive after he moved from Liverpool to Barcelona in 2018.

However, the belief is that his revival is not at Barcelona as many believe that Coutinho is more suited to Premier League football.

Barcelona currently do not look like the team for Coutinho as manager Xavi Hernandez’s revival continues at Camp Nou. There is no possible way for the Brazilian to fit into the new side and many have claimed that the club will be looking to move him on for €40 million in the summer.

As Coutinho continues to find himself under former teammate Steven Gerrard at Aston Villa, many believe that the Brazilian should make his move permanent. Questions have also been asked of the Aston Villa management on what they plan to do with the former Liverpool star when his loan deal expires.

Gerrard, speaking to Sky Sports, noted that while Coutinho is a key player for the Villans in this stage of the season, they cannot make a decision on his future just yet.

“When he’s comfortable, he’s happy and he’s enjoying his football we all know we’re dealing with a world-class talent,” Gerrard said.

“For me, it doesn’t make sense to make any decisions now or say anything else on this, we just need to keep enjoying him and keep him healthy from now until the end of the season.”

“He’s had a massive impact at Villa Park,” Merson said of the Brazilian. “When he signed, I thought that we’d have to wait and see what happens.

“He hadn’t played a lot of football and he’d been away from the Premier League for a good while, but against Southampton he was breathtaking.

“It was an outstanding performance.”

Merson also believes that Aston Villa do not have the capacity to have both Coutinho and Emiliano Buendia on the same team.

The Argentine is a player with a similar profile to the Brazilian and Steven Gerrard is still a greenhorn manager who lacks the experience to handle superstars.

“I think Villa will have to now look at selling Emi Buendia with a view to signing Coutinho,” Merson opined.

“I’m not sure both of them can play in the same team. I don’t think Villa are that good that they can play both in the same side at the same time.”