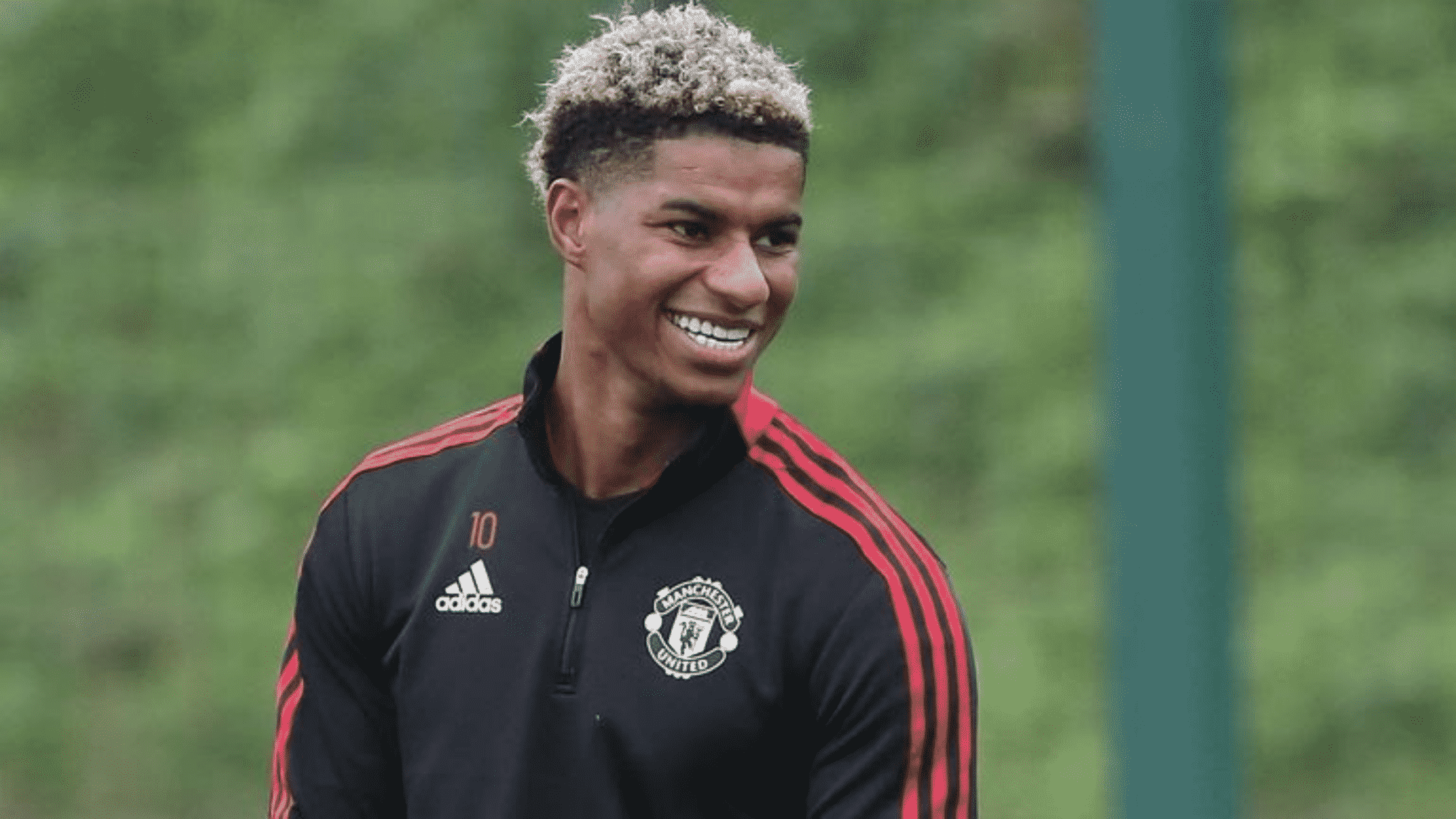 Former Arsenal striker and pundit Ian Wright has told Marcus Rashford to stand his ground amidst the latest controversy between the striker and fans of the club.

Manchester United were dumped out of the UEFA Champions League on Wednesday by Atlético de Madrid and Marcus Rashford was filmed having an exchange of words with a fan after the game.

Rashford had a particularly poor match against the LaLiga champions and fans, who were waiting outside of Old Trafford to watch the players leave, expressed their displeasure towards the players. Rashford engaged in a war of words with one of them and the video went viral on social media.

The 24-year-old who has been the subject of abuse starting from his Euro 2020 penalty miss, has been supported by former Arsenal striker Ian Wright, who told him to stand his ground on the incident.

Wright posted a video to his Twitter profile admonishing Rashford.

“Listen, I’ve just got to address something that I saw,” Wright began. “Someone just sent me the Marcus Rashford video where he confronted the fans because the fans were digging him out and he offered one of them out.

“These people, so quick to say ‘I’m so sorry’ – that’s exactly what gives these fans that fuel to think they can just dig people out. Marcus, stand your ground bro – tell them about their r*******-selves. Don’t be f****** sorry for that bro. Some of them fans love giving it but they can’t take it man.

“You just do your stuff, get back to where you need to be bro when you’re playing – f*** them fans bro.”

Wright’s comments came less than 24 hours after Rashford posted a statement to his own social media addressing the incident.

“A video can paint a thousand words and in this case lead to inaccurate info being shared on social media. Guys, for weeks I’ve been heckled, threatened, questioned and last night my emotion got the better of me. I’m a human being,” the 24-year-old wrote.

“Reading and hearing that stuff about yourself every day, it wears you down. No one is more critical of my performance than me. But what you see in this video lacks context. I had been heckled from the minute I stepped foot outside the ground, abuse not just aimed at my football. People were looking for a reaction from me. Phones were at the ready.

“Of course, I should have walked straight past and ignored it – that’s what we’re supposed to do, right? I want to clarify two things. The first being what I actually said to the man throwing abuse at me which ‘come over he and say it to my face’ (a fact security can back up) and secondly, the fact I used my forefinger to direct the fan to ‘come over and say it to my face’.

“I did not gesture with my middle finger. I am not entitled. This isn’t ego. I’m upset. I’m disappointed. And in that moment it was silly, but I was being human.”

Rashford’s poor form Manchester United saw him left out of the England squad for the upcoming international games.

England manager Gareth Southgate, has said that he plans to meet with the striker to talk about his performances and see how the national team can help him get back to his very best.

“I think it is important, perhaps after this camp, for me to go and sit with him and find out a bit more about what is going on,” said Southgate.

“We know he is desperate to do well.

“I think Marcus is very realistic. He knows he is in a situation where he has not been getting in the United team consistently and he will be searching as much as anybody to get that form back.”

Southgate maintains his belief in the striker who is only four appearances short of a half-century for the Three Lions. The manager also noted that Rashford will have to do a lot more work to get back on track.

“We all believe he can be an asset for his club and for his country,” added Southgate.

“With one or two of our players in the past, who have had dips and come through them, you can say, ‘look, they came through that, they responded well and became more strong and they showed the character needed’.

“That is what he is going to have to prove now in the coming weeks and months. Nobody’s career goes smoothly from start to finish and of course his rise from when he first broke into the team at United was incredible, really.

“I think lots of players have spells in their career where they are really flowing and things are going well.

“Then you have other spells where that isn’t the case. You have got to find a way back.

“I think it’s apparent that he is in a spell where he is not starting regularly for Manchester United and he has suffered a bit with his form.

“I think we can talk with him about that and will do – and Manchester United will do that.

“You know the season has been difficult for him. He had a broken pre-season in terms of preparation which isn’t helpful for a player. Now he has a period where he can get back on the training pitch and get himself up to speed.

“I’m sure he certainly has the talent to get back on track.”