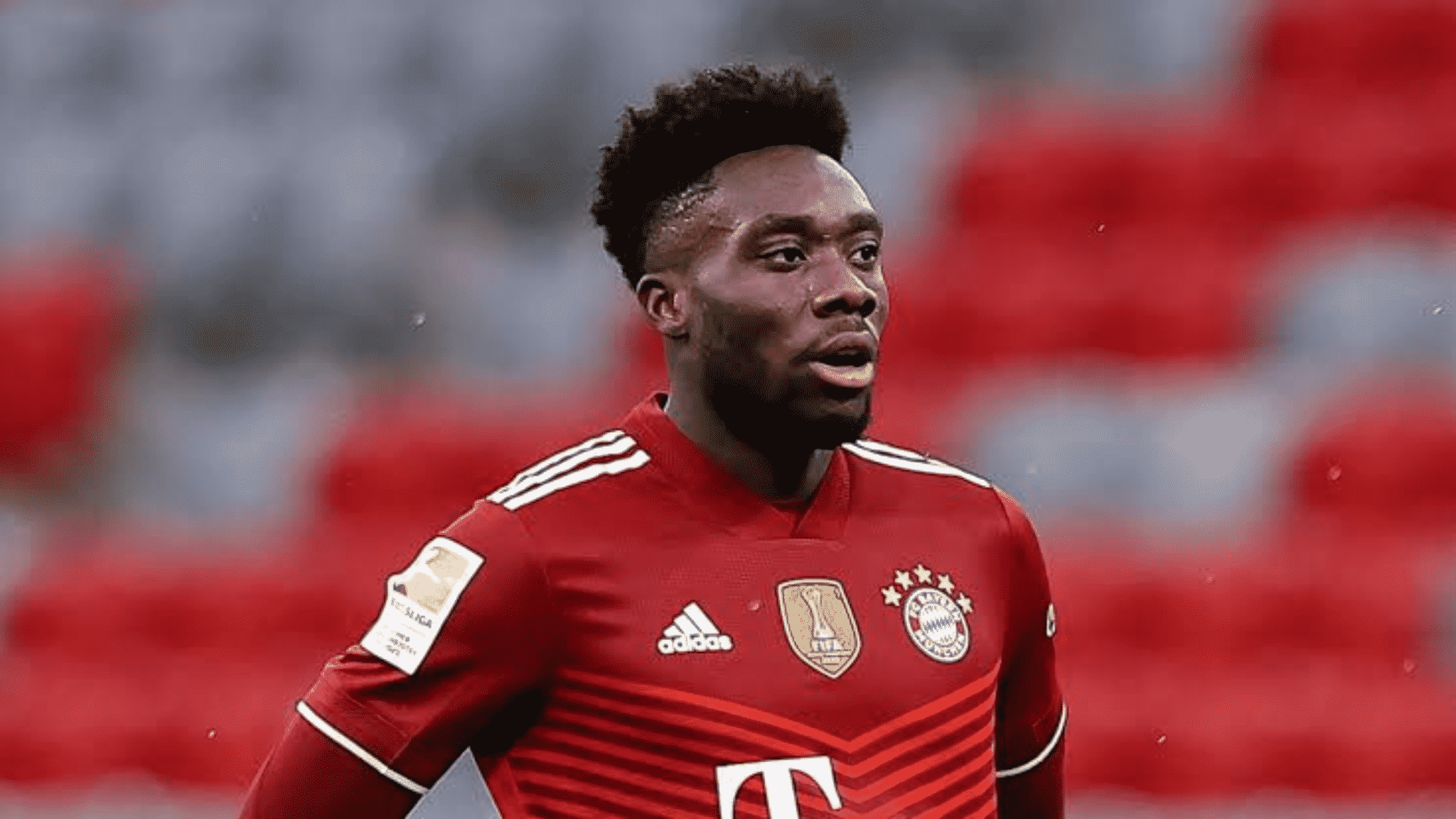 Alphonso Davies has revealed that he is free of his heart problems and is gearing to return to action again for both the Canada national team and Bayern Munich.

Davies, 21, was infected with Covid-19 in January and tests revealed that the infection got to his heart and caused inflammation of the muscles around it. He was then diagnosed with myocarditis.

He has been out of action since then, receiving treatment and recovering in order to determine if he can actively play football again as heart issues are a delicate situation.

Just recently, Christian Eriksen of Denmark made a return to the pitch after suffering a heart issue that kept him off the field for half a year. Davies, however, has made a full recovery in under three months and will not be needing a pacemaker (or a similar device) like Eriksen.

The left-back spoke to Bayern Munich’s official website about his recovery, where he made these claims, stating also that he is still eyeing domestic and European success with his team and wants to be a key part of it as they enter the last stretch of the season.

“I’m happy to be back at Sabener Strasse [Bayern’s training ground]. The rehab is going well so far. I have no problems with my muscles and heart, but I’m not at 100% – yet! I’m just happy that I can train again and I’m ready for work,” Davies said.

“I’m giving it my all. I’m working closely with the medical department and the rehab staff. And I’m training very, very hard with and without the ball. Lots of running, strength training. I hope I can soon be back helping the team.

Davies also talked about what he has been doing while in recovery, claiming that it has all been boring for him as football was a big part of his routine.

“The last four to eight weeks were very boring, and tough mentally. I’ve done a lot of music in my studio, check it out. My family was here for a long time and I’ve visited my girlfriend [PSG forward Jordyn Huitema] in Paris once or twice. And otherwise, waiting, waiting, waiting.”

Ibrahimovic: I was curious about the Bundesliga

Elsewhere, Swedish striker and football legend Zlatan Ibrahimovic has talked about how he wanted to play in the Bundesliga in the past, with Bayern Munich being of particular interest to him.

Ibrahimovic is currently in his second stint with AC Milan after having featured for most of Europe’s biggest clubs in Spain, France, England, Italy, USA, Sweden and Netherlands. AC Milan’s derby rivals Inter Milan and Juventus are the other clubs Ibrahimovic has featured for in Serie A.

The German Bundesliga is the only league that the enigmatic striker has not played in, and he talked about how it piqued his interest, particularly Bayern Munich.

The 40-year-old striker spoke to German newspaper BILD about the German league and admitted that the idea of joining a club like Bayern Munich appealed to him in the past.

“I was curious about the Bundesliga. You have a team like Bayern Munich, an incredible club. Every time I played against them you could see the facilities, the stadium, the organisation. The history of the club is quite impressive,” he said.

Zlatan also talked about the Ballon d’Or, which he has missed out on despite being one of the greatest players of the last generation.

“These prizes are political. They want Mr. Perfect. If you talk and say what you want, you don’t get these kinds of prizes. It’s easy to give them to someone who is Mr. Nice Guy. Nothing changes for me. It doesn’t makes me better or worse.”