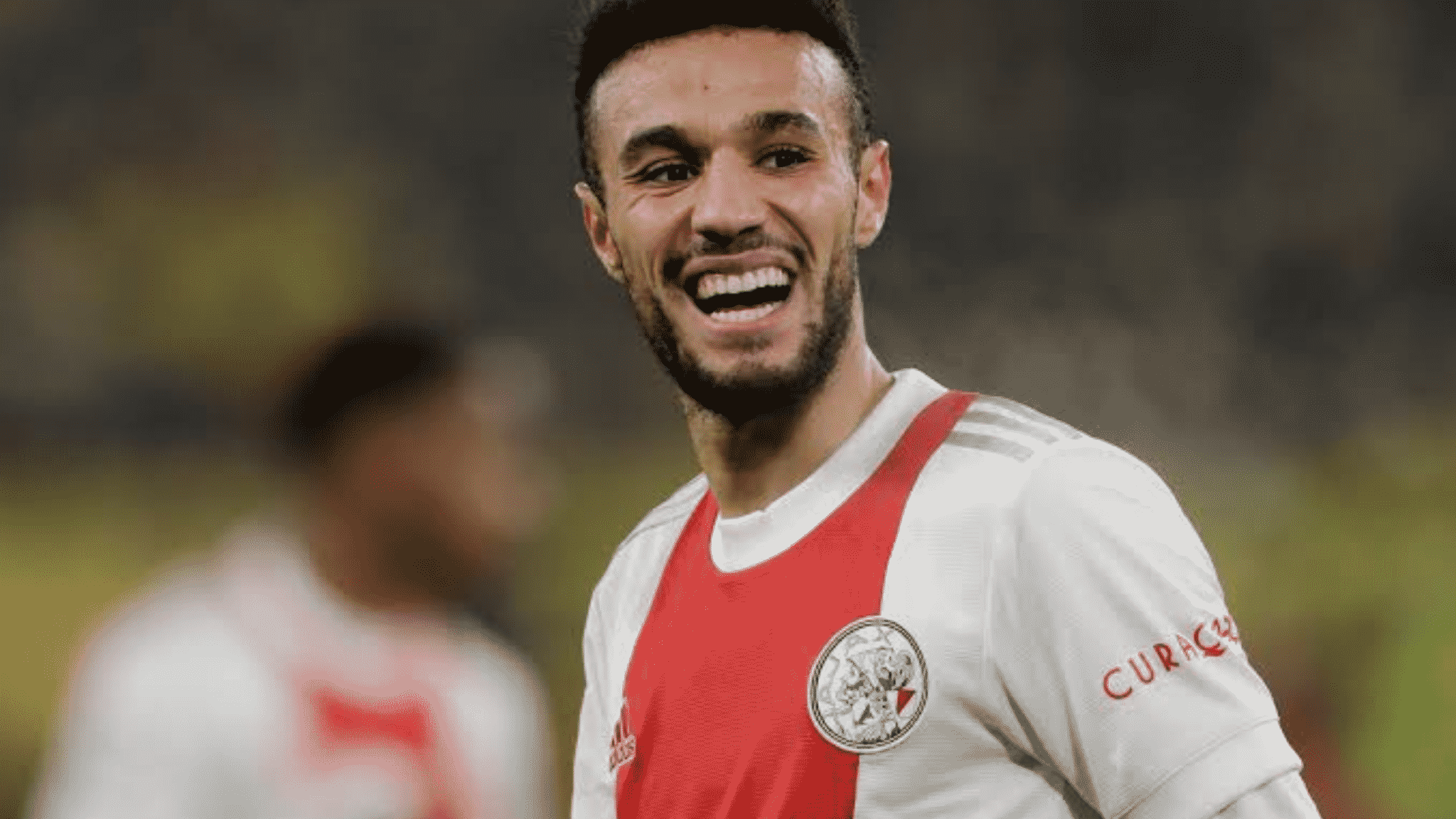 Ajax Amsterdam and Morocco defender Noussair Mazraoui has chosen to sign for Barcelona in the summer.

The Catalan giants are close to completing their second signing of the summer after reports claimed that they have agreed a deal with Chelsea‘s Andreas Christensen.

The 25-year-old Danish defender has chosen not to renew with Chelsea and instead leave on a free, moving to Camp Nou to be a part of Xavi Hernandez’s project.

The details of that deal are still being worked on and while that is happening, fans of the Catalan giants will be happy to know that the club is closing in on another signing to strengthen the squad.

Mazraoui has an expiring contract at the Johan Cruyff Arena and has also chosen not to renew with the Sons of the Gods. He is a top target for a few clubs across Europe but the Moroccan has chosen instead to go to Barcelona as Xavi’s project continues to attract interest from a lot of parties.

SPORT reports that the Moroccan International has rejected all the other offers on his table, and is waiting for Barcelona and his representatives to finalise the deal which will see him sign for the club for the next three or four years.

Mazraoui is one of two right-back additions that Barcelona were hoping to make in the summer. The other was Chelsea’s captain Cesar Azpilicueta, but the Blaugrana chose not to pursue the deal after coming into knowledge of a clause in the Spaniard’s Chelsea contract.

Azpilicueta’s current contract with Chelsea has a clause which allows for them to further extend the Spain international’s contract for one more season. The Spaniard’s representatives and Chelsea are currently working around that and Barcelona have decided instead to go for Mazraoui while monitoring Azpilicueta’s situation at Chelsea.

It is also more likely that the Chelsea captain would remain at Stamford Bridge beyond this season following the transfer sanctions placed on the club as a result of their owner, Roman Abramovich’s reported ties to Russian president Vladimir Putin.

However, reports also claim that the American, Dest, could be sold off in the summer, making the right-back spot easier to attain for the Moroccan international if he signs for the club.

Elsewhere, Ajax have confirmed the return of former striker Klaas-Jan Huntelaar to the club as a member of the club’s technical board.

While Ajax face the loss of a few players, they are welcoming back one of their favourite ones but in a different capacity off the pitch.

Huntelaar, 38, retired from football at the end of last season after being unable to prevent Schalke 04 from being relegated from the Bundesliga.

Ajax confirmed on Sunday that Huntelaar signed with the club until 2024 and will be part of their technical organisation, providing support for their technical manager, Gerry Hamstra.

Huntelaar told Ajax’s official website of his return: “I have always been interested in things that happen off the field at a club and I would like to broaden my knowledge in this area. That is possible in the trajectory that Ajax offers me. I’m glad to be back and I’m curious about what will happen in the coming period.

“I’m also working on my trainer’s diploma, the knowledge I gain during the course will also help me with what I’m going to do at Ajax. I am also particularly interested in collaborating with the existing organisation, in order to contribute to the topics I think I have a view on, but also in which I want to develop further.”