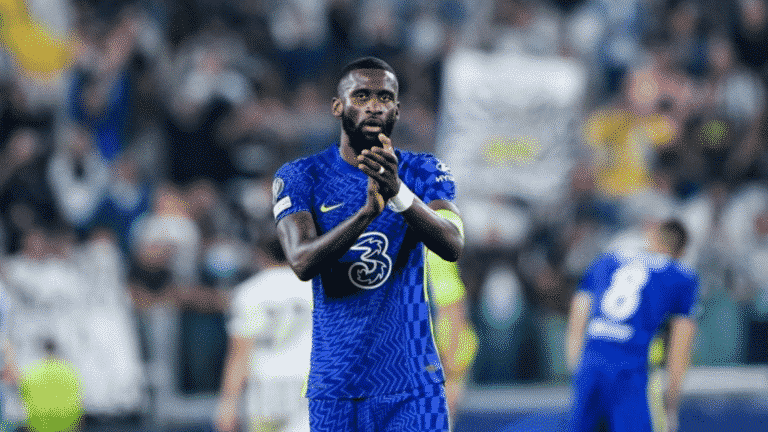 Antonio Rudiger appears to be done with Chelsea as the Blues have seen their latest attempt to renew the defender’s contract at Stamford Bridge collapse.

Reports from Daily Mail claim that Chelsea offered the defender a new £200,000-per-week contract but it was turned down by Rudiger. This means his future is still uncertain as his current contract at Stamford bridge enters its final four months.

Rudiger currently earns £100,000 a week at Chelsea had previously rejected a pay increase of £40,000 on his current pay, with Real Madrid and Paris Saint-Germain having made pre-contract approaches to him with mouthwatering offers.

It is believed that the 28-year-old is holding on for a bigger pay as he believes that this is his last opportunity to earn a huge salary with his career entering its twilight.

Rudiger knows he could earn as much as £400,000 per week at some of the clubs interested in him, along with a sizable sign-on bonus if he should leave Chelsea at the end of the season for free.

The German reportedly wishes to continue at the Bridge, but wants their offer to match his salary goals before entering back into discussions with the club. Chelsea are reportedly very keen on not losing the defender, and are still exploring other avenues to convince Rudiger to stay.

Despite being on the verge of losing Rudiger along with Andreas Christensen and Cesar Azpilicueta, as well as not being able to make any new signings for his injury-ridden team, Thomas Tuchel has claimed that he is happy with the club’s transfer window.

Like Rudiger, Christensen and Azpilicueta are also in contract talks with Chelsea and like Rudiger, there are no resolutions in sight. Azpilicueta is reported to already have agreed a pre-contract with Barcelona and Chelsea are also reported to not be pushing as hard with the veteran, and will be willing to allow him leave after his impressive 10-year service to the club.

With the dark shadows of key losses hanging over the German manager’s head, he still insists that he is satisfied with the way things are now at the club, and called the transfer window a calm one.

“I am satisfied because it was a calm window and to be calm was the best thing,” Tuchel said to journalists on Friday. “We were open for things.”

Chelsea were linked with a host of names including Barcelona’s Ousmane Dembele. The Frenchman is currently having contract issues at the club similar to Rudiger and it is believed that Chelsea had contacted him with a pre-contract agreement which has influenced his behaviour in his contract talks with the Catalan club.

Tuchel managed Dembele at Borussia Dortmund and was the manager when the Frenchman moved to Barcelona. He is a big fan of the player, but he clarified the situation, claiming that neither he nor the club contacted Dembele.

“I did not have contact with Ousmane [Dembele]. There was no contact in winter between us,” he said.

Chelsea, however, continue to monitor their targets just as they continue to push for Rudiger to stay at the bridge. It promises to be a busy summer for the Blues.