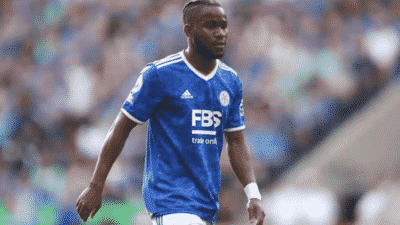 Leicester City have not tried to initiate any deals for the permanent transfer of Red Bull Leipzig forward, Ademola Lookman, who is spending the 2021/22 season on loan at the King Power stadium according to the German club’s technical director.

Foxes manager Brendan Rodgers said that Leicester was going to try to make Lookman’s loan deal permanent in the summer after the RB Leipzig forward’s impressive first six months in his loan deal. However, the Bundesliga side’s technical director, Christopher Vivell, has said that he has not heard from the Foxes over any move.

Vivell told Sky Sports in Germany: “We see that he [Lookman] plays again and again, he has good performances. But there is no contact with the loan club.”

The England-born Nigerian forward has played 21 times for Leicester since joining the club at the beginning of the season and has scored five goals while setting up three more for his teammates.

He now has a place as a key member of Rodgers’ squad for the season, and the manager has praised his abilities which has seen him play all across attack for Leicester.

Rodgers said of the 24-year-old in January: “He’s a player I’ve loved working with and he’s improving and developing all of the time. I can see the improvement in his personality.

“He’s just a fantastic football player who still has so much development to make. I’ve been delighted with his contribution. And moving into the second half of the season, that [a permanent deal] will be something we will sit down and look at.”

Lookman, 24, has been a journeyman and has not been able to nail a spot in any squad since his senior debut. Rodgers believes that Lookman will show his quality if he has a permanent home, and hopes that the King Power stadium can be that home for him.

“He’s a boy now in his early 20s that probably needs to find a home. I felt we could bring him in here, where our culture is about coaching and development,” Rodgers said.

“We felt we could bring that personality up to the level of his talent. That’s time and work and confidence, and he’s showing he’s developing really well.”

Elsewhere, Portuguese right-back Ricardo Pereira is back in training with his Foxes teammates after fracturing his fibula in Leicester’s Carabao Cup quarter-final clash with Liverpool in December 2021.

Rodgers ruled Ricardo out for six-to-eight weeks when the injury was announced, which suggested that Pereira would not be back until at least the end of February.

However, Ricardo posted a picture from Leicester’s Seagrave training facility on Tuesday to suggest that he was back in full training with his team-mates.

Leicester has a big injury problem with Jamie Vardy, Timothy Castagne, Ryan Bertrand, Wesley Fofana and Jonny Evans out through injury. Pereira’s return will provide a big boost for Rodgers’ side.

It remains to be seen if he will be available for the FA Cup game against Nottingham Forest.