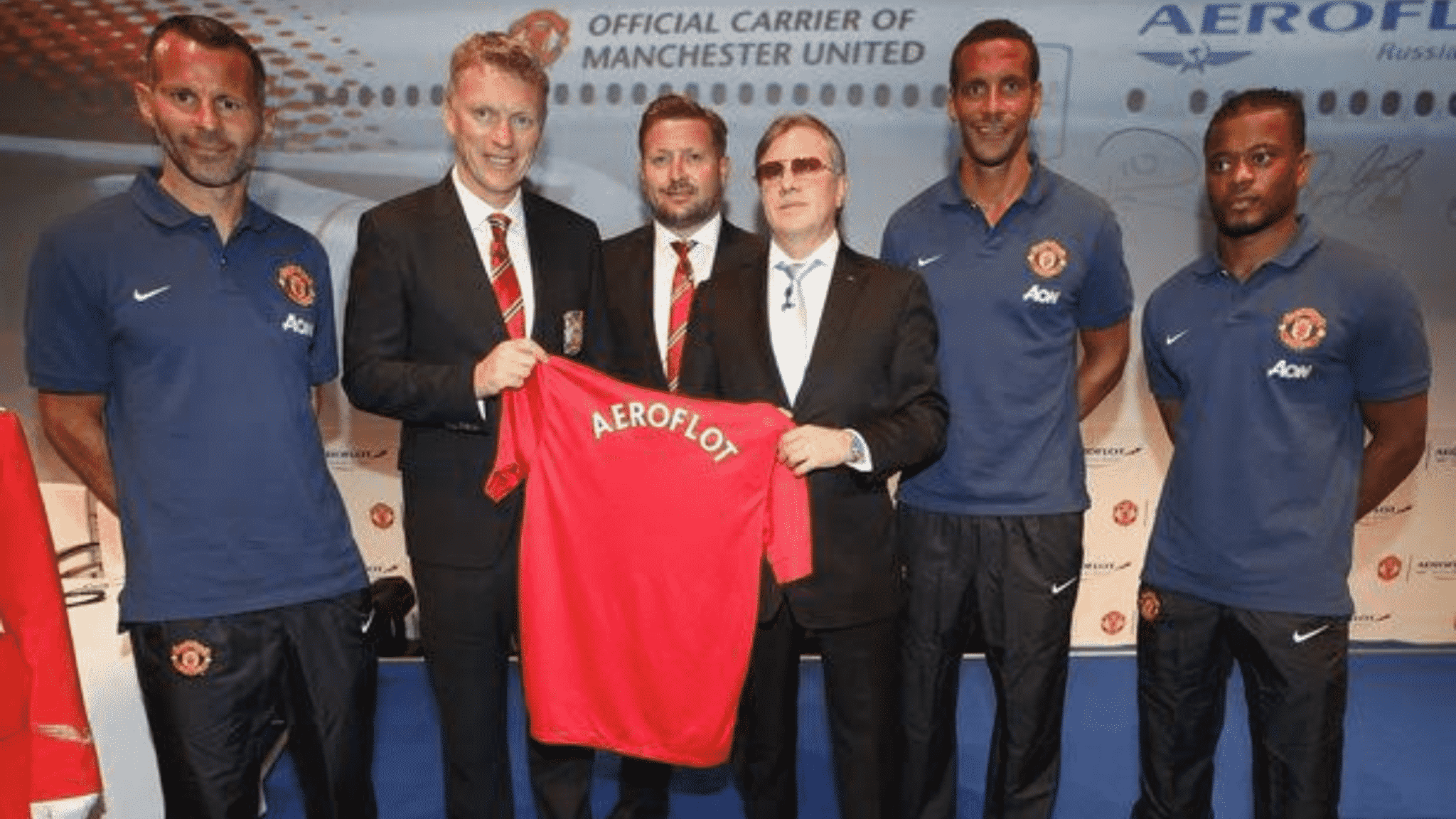 Following the invasion of Ukraine by Russia on the orders of President Vladimir Putin, Manchester United has joined other clubs with ties to Russian companies to end their partnership with Russian state-owned airline, Aeroflot.

Manchester United and Aeroflot signed a 10-year deal worth £40 million in 2013, during David Moyes’ time as manager. The deal was supposed to end in 2023, but there have been no reports on if an extension was being considered by Manchester United.

Following recent happenings between Russia and Ukraine, Manchester United have decided to end the partnership early and have released a statement to that effect.

“In light of events in Ukraine, we have withdrawn Aeroflot’s sponsorship rights. We share the concerns of our fans around the world and extend our sympathies to those affected,” the statement reads.

Manchester United flew to Madrid on Tuesday for their UEFA Champions League round of 16 draw against Atlético de Madrid with Titan Airways. The club is now considering new options for their flights and logistics solutions with Qatar Airways at the top of the list.

United banked over £100 million in total from their nine-year association with the Russian state-owned airline, Aeroflot, who also provided club with travel and logistical advice during their partnership.

The UK government has also banned Aeroflot from flying in its airspace and the UK Civil Aviation Authority has also suspended its foreign carrier permit.

Manchester United interim manager Ralf Rangnick described the happenings as a “human disaster” while also praising UEFA for their decision to move the Champions League final away from Russia.

“It’s a human disaster what’s happening there with all the people involved,” he said. “I still cannot believe what I see there. I hope the politicians around the world can de-escalate what is going on there.”

Chelsea manager Thomas Tuchel also shared Rangnick’s sentiments on UEFA’s decision to move the final from Russia. “Sadly, I think it’s the worst reason to change the location. Absolutely the worst reason. We feel horrible about it in general,” he said.

“It clouds our minds and it clouds our focus of course, and we can absolutely understand the decision.”

West Ham manager David Moyes says the club have given winger Andriy Yarmolenko a few days off to get back into a better place.

Everton’s Ukraine international Vitalii Mykolenko is also being given all the support he needs, according to manager Frank Lampard.