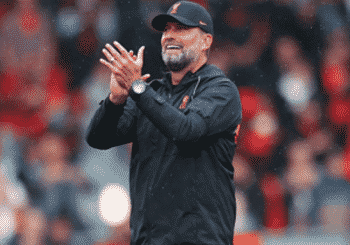 Liverpool manager Jürgen Klopp is choosing to focus on his team’s games and making sure they win every remaining game in the league as they chase defending champions and table toppers Manchester City.

Jürgen Klopp’s team currently sit in second place with a game in hand on 48 points, nine away from Manchester City. Their latest 3-1 win away to Crystal Palace, although controversial, saw their goal tally rise to 58, making them the team who have scored the most goals in the league this season, three ahead of City who have 55.

This shows that they’re no slouches in front of goal with or without their top scorer Mohamed Salah, who is currently away in Cameroon for the African Cup of Nations with Egypt. However, their defending needs some more work as they have conceded more than City to earn them three extra draws more than the defending champions.

Meanwhile, City is currently on a 13-game unbeaten streak to keep their lead at the top of the table and like the Sky Blues’ boss, Klopp wants his team to keep winning.

The current situation at the top of the table has led to talks of the title race being blown wide open again after Liverpool reduced the gap, but Klopp insisted to journalists who asked for his opinion on the issue that they are taking things one game at a time.

He said: “No. The distance is too far to talk about it but we don’t have to. We just need to win football matches.

“Each Premier League game is difficult like we saw today. We made it more exciting than necessary! We will see what happens in the final few months.”

Pep Guardiola has always maintained that all Manchester City can do is to remain focused on each game and not lose their heads. He has also, like Klopp, previously stated that his side cannot think of Liverpool’s chase of their top spot.

The German manager reiterated his Spanish counterpart in a pre-match interview with Sky Sports just before the Palace game, stating expressly that Liverpool cannot control what City does.

“The problem is not the situation, the problem is that you ask about it to be honest. What is our situation? It’s 11 points with one game in hand?

“This group did it, two or three years ago, we won the last 15 games. It was never easy. We needed last-second goals, we needed all these kind of things. At Newcastle, Divock’s shoulder and that’s what we needed then.

“Nobody knows what will happen but we will try and win as many football games as possible. That’s very necessary because one spot will become champion. Three more qualify for the Champions League.

“We have to win anyway, an awful lot of football games and that is exactly what we’ll try. And then we will see where we end up.”