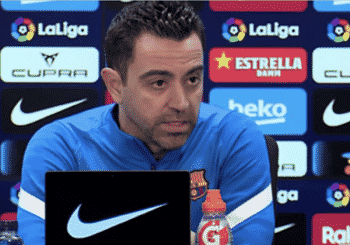 It has been a busy period for Barcelona who have been making moves to get out of the financial rut caused by the past leadership of the club.

The Catalan giants have reportedly signed the biggest shirt sponsorship deal in football history and are also trying to sell a number of their players as they seek to free up their wage bill and raise the money needed to sign Erling Haaland.

There are some untouchables within the club despite the interest from a number of clubs. As for those on the club’s transfer list, here are two of the latest stories concerning transfer happenings at the club. to come out of Barcelona.

Barcelona have reportedly approached Borussia Dortmund for their 30-year-old right back, Thomas Meunier, in a deal that could see Sergiño Dest move to the Westfalenstadion.

Dest started the season under Ronald Koeman superbly as one of the best creators in the La Liga. However, since the Dutchman’s sack and the appointment of Xavi, opportunities have been few and in between for the American, who has also had to battle fitness issues and COVID.

Barcelona is now looking to offload him with veteran right back Dani Alves back at the Camp Nou as well as for cash flow reasons. Chelsea and Bayern Munich were interested in the right back, but both clubs have cooled their interest. Journalist Gerard Romero now reports that Barcelona have approached Dortmund to swap Dest for Meunier.

Meunier joined BVB in the summer of the 2020/21 season and struggled to fit into the club. This season, however, he has found his footing and is now an important player for the Germans. His numbers are similar to Dest’s this season, but his age could come into play for the Germans who pride themselves in fielding young talents as they consider Barcelona’s offer for a swap deal for Dest.

Barcelona look to bring in around €30 million for Dest, who is not ready to call it quits on Camp Nou.

Oscar Mingueza broke into the Barcelona team under Koeman but has failed to secure a spot in the squad since Xavi’s appointment. Now on the fringes of the club, Barcelona is looking to cash out on their La Masia talent.

Spanish outlet Mundo Deportivo reports that Barcelona have reached an agreement with the Ligue 1 side, Bordeaux, for the transfer of Mingueza. Mingueza, however, is not interested in moving to France and has refused to accept the move.

The club also has offers for Mingueza from Germany and other LaLiga clubs which seem more likely for the player, who Barcelona hope to loan out instead of outrightly sell.

The club will take any permanent transfer offers for the 22-year-old if the price is right, however.