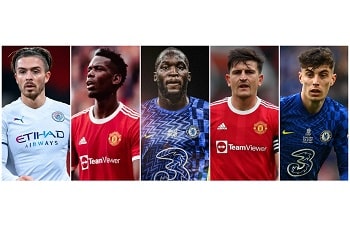 The Most Expensive Premier League Transfers of All Time

Much has been said about how much money sportsmen and women make, but the juiciest piece of the cake is the profits clubs earn off transfer fees.

Football has come a long way since the first World Cup in 1930. As society and human migration evolved, our views and regulation of sports also changed. Now, players migrate easily for football and vacationing reasons due to the huge chests of financial backing they have. The primary area of football where teams spend the most money is on player signings.

As old talent gets weary, bringing in equally (or more) talented players is essential to keep your team competing at the highest levels. Signing players is often costly depending on several factors, including the player’s age, accomplishments, length of the current deal and, of course, level of talent.

As a result, to attract the best players, you find teams shelling out millions (and recently hundreds of millions) on transfer fees. The English Premier League has long been one of the most competitive and best online betting sites UK for several years due to the significant investments these clubs have made over the same timeframe. Join our author and football pundit Evelyn Balyton as we consider the most expensive transfer fees paid by Premier League teams since the league’s inception.

Former Aston Villa player Jack Grealish broke the league record with his move to Manchester City this summer. The British player has been instrumental in Aston Villa’s top-flight performances for two straight seasons, and his departure was largely a matter of when and not if. £100 million was the figure as Manchester City priced away one of Villa’s best academy products in recent years.

Grealish has settled into the team at City in Kevin De Bryune’s absence, contributing one goal and one assist in three games – a similar start to last season where he recorded six goals and ten assists as Villa finished in 11th place.

Manchester United thrilled their fans and world football in 2016 as they paid £93.25 million to Juventus for French midfielder Paul Pogba. While fans were full of expectations upon Pogba’s return to his boyhood club, the transfer is yet to turn out as planned, with Pogba’s best returns in 5 years coming in the 2018/19 season (13 goals and nine assists).

The world cup winning player has started brilliantly this season, making four assists in the opening premier league game against Leeds. The Frenchman’s deal is fast running out at Old Trafford, but recent squad signings may just convince him about the club’s project.

Belgian striker Romelu Lukaku is no stranger to Premier League football. Initially signed by Chelsea in 2011, Lukaku has turned out for several Premier League teams, including Everton, West Brom and Manchester United. While the striker has re-signed for Chelsea, it is his transfer from Everton to Manchester United that places him on this list. The Red Devils signed Belgium’s highest goalscorer of all time for £90 million, just a few bucks shy of Pogba’s fee. 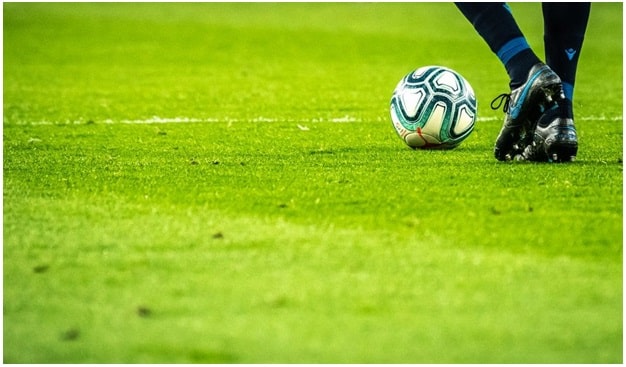 However, his time at United was butter sweet. His sixteen goals in his debut season just weren’t enough for some sections of the United fanbase, and a lower return of 12 goals the following season did little to change their minds, and he was sold to Inter for £75 million. Back at his first English club, Chelsea, we waited to see the same brilliance he displayed in Everton’s colours.

Sir Alex Ferguson famously said that a good attack wins you games, but a good defence brings trophies, and Manchester United seemed to have taken that literally. The Premier League side set a new record fee for defenders in 2019 with the signing of Harry Maguire from Leicester. The transfer was dubbed by many as overpriced, but the Manchester United captain has added much-needed stability to his team’s backline.

Maguire will no doubt be bolstered by the arrival of Raphael Varane from Real Madrid as the Red Devils look to wrestle dominance from their noisy city neighbours.

Not much of Kai Havertz was known outside of Germany until Chelsea paid a £75.8 million transfer fee to bring him to Stamford Bridge in 2020. The German midfielder arrived alongside Timo Werner and Hakim Ziyech in a series of transfers reminiscent of Chelsea’s huge spending power.

Though it took him a while to adapt to Premier League football, Kai is slowly proving his doubters wrong, justifying his signing by scoring the club’s winner in the UEFA Champions League final. He followed this with an impressive Euros performance and is currently one of the first names on the team sheet.

Other expensive premier league transfers include Liverpool’s £75 million signing of Virgil Van Dijk from Southampton, Jadon Sancho’s move to United for £73 million and Arsenal’s £72 million to bring Nicolas Pepe to the Emirates. Though their Spanish and French counterparts are known to plash the cash on transfer fees, Premier League clubs have shown in recent times that they aren’t scared of competition in the transfer market. It’s a no-brainer that these talent injections and fees are essential to a team’s success and reliability on the best online betting sites UK.