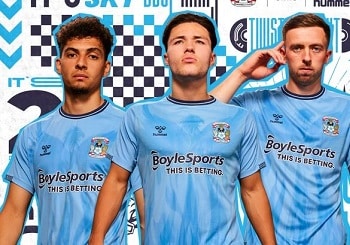 After years down in the lower leagues of English football, former Premier League regulars Coventry City are pushing for a return to the top flight. Back in the Championship, the Sky Blues have made a promising start to the season and will be hoping to keep the pace, as they seek what would be a surprising promotion back to the Premier League.

Sky Blues on The Up

It’s been a tough time for the Coventry faithful in recent years, with financial issues off the field seeing the team play their home games in Northampton and Birmingham. Now back in Coventry, and with plans in place to build a new stadium in the future, the Sky Blues look to be getting their house in order.

On the pitch, things are looking up too, with Coventry currently at odds of 11/2 for promotion in the Betfair odds on the Championship this season. The Championship predictions might not initially have expected the West Midlands outfit to enjoy the explosive start they’ve had, with five wins from their first eight games, however, the side appears strong and this is highly promising for the campaign ahead.

Manager Mark Robins must take great credit for how his side have gone about the season so far. The 51-year-old has been with Coventry since 2017 and, having put the foundations in place, the club are starting to reap the rewards this term.

After eight games of the season, Coventry have moved up to fourth place in the Championship standings, and find themselves firmly in the race for the playoffs. With the likes of Bournemouth, Fulham and West Brom all competing for promotion back to the top flight, it’s certainly set to be a big challenge ahead of the Sky Blues, but one they can certainly aspire for.

Punching Above Their Weight

Looking at the Coventry squad, there are only a handful of players with plenty of experience playing in the Championship and above. Striker Martyn Waghorn has been somewhat of a journeyman in the Premier League, Championship and north of the border with the Rangers. Now plying his trade at Coventry, fans will be hoping the 31-year-old’s goals can keep them in the hunt for promotion.

Defender Todd Kane also has Championship experience under his belt after loans at numerous clubs in the second tier. Also a newcomer to Coventry over the summer, the club will hope his experience at the back can help the club stay in the playoff picture.

Meanwhile, 23-year-old Viktor Einar Gyökeres has been a standout player for the club since he made a permanent move from Brighton over the summer and is already an early frontrunner for player of the year.

With a total of three goals in 19 appearances last term, the Swedish striker has already notched up five in his first eight outings for Coventry this season. Alongside the experienced Waghorn, the pair could forge a partnership that would go a long way towards a successful season at the Coventry Building Society Arena.

Coventry spent 34 years in the top flight before relegation from the Premier League in 2001. Perhaps the Sky Blues’ return to the top table of English football isn’t too far around the corner. 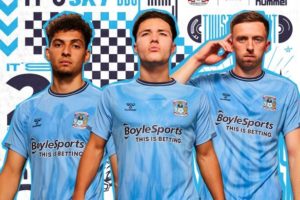