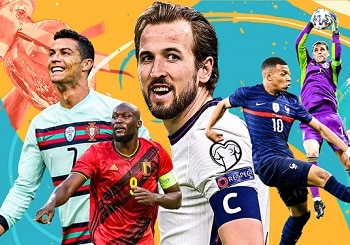 An extremely competitive Euro 2020 group stage will come to an end this Wednesday, but only four teams have sealed their position in the final-16.

The European Championship has undoubtedly delivered the footballing world with an exciting group stage thus far, mainly stemming from the ultra-competitive nature that each country has produced. A mere four teams have guaranteed their position heading into the knockout stage with just one matchday remaining.

Besides Group A, where qualifying sides Italy and Wales have made it to the next round, the remaining 20 teams have one group fixture remaining, including a mouth-watering Group F that concludes the daily games on Wednesday night.

One of the tournament’s favourite teams to win it all – England, is still searching to solidify their place in the finals but still have work to do during their final fixture versus the Czech Republic, with only four points and a handful of them lacklustre performances against Croatia and Scotland.

Group A finished their fixtures this weekend, with the group’s favourites Italy providing the results that critics expected and a total of nine points earned.

By winning the group, Italy will play their first knockout stage match on Saturday, June 26th, against the runners-up from Group C, which will be either Ukraine or Austria as we already know Holland has clinched the top spot.

Belgium could match the efforts of Italy with a clean sweep of results, but their final matchday efforts are irrelevant as they have already booked their position in the final-16. A drawn game versus Finland would be enough for Belgium to guarantee the first position, but with their current form, a win is expected.

Russia can become the second team to qualify by defeating Denmark, or even a draw – should Finland accomplish the unlikely and beat Belgium.

Third-place Finland will need a win or draw to qualify but will also rely on Denmark beating Russia.

Last, Denmark can finish in second place if they beat Russia and Belgium win against Finland, but an impressive goal difference will be required. 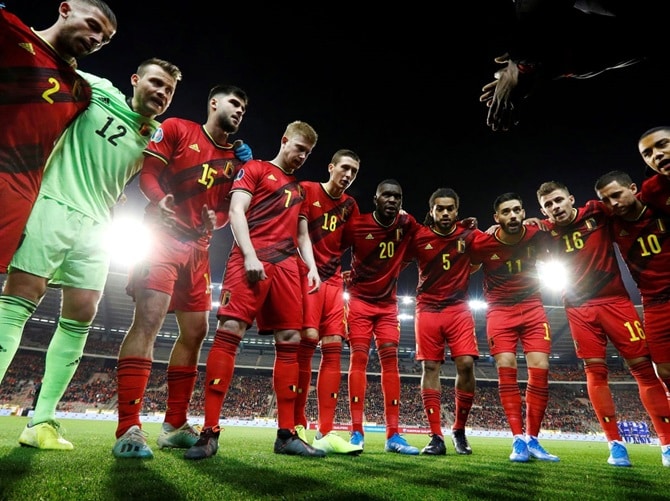 Having success against the Ukraine and Austria, Holland is one of four teams to have already confirmed their final-16 position.

Unfortunately, North Macedonia’s 2-1 loss to Ukraine saw them become the first team eliminated from the tournament.

Second-place Ukraine can secure a playoff position by taking one point from Austria, but this will be easier said than done with Austria gunning for a win to steal a second-place finish.

Group winners Holland will clash against the third-place finisher from Group D, E or F on June 27th.

Group D is where the tournaments group stage finale heats up due to none of the teams competing claiming a final-16 place.

Although it’s not officially guaranteed, England’s four points should be enough to see them through into the final-16. Even a loss to the Czech Republic would most likely see them claim one of the four best third-place finishers. To win Group D, England must win their final matchday encounter, and a draw would see them as runners-up.

Scotland has their work cut out for them, needing all 3 points for any hope of seeing the final-16. A win will guarantee at least third place and a possible second if England loses and produce more goals than their rivals.

The possibility of the Czech Republic finishing in third is still present, even with a loss to England, should Scotland win and a higher goal difference is obtained.

Bookmakers are offering some lucrative odds on the expectations of Group D, be sure to use a betting odds calculator before placing your bet.

The most challenging task lies with Croatia, but if they successfully take all 3 points versus Scotland and England to defeat the Czech Republic, they can steal the second-place position with a higher goal difference than the current group leaders.

Group E is another exciting final matchday to look forward to, with all four nations still fighting to take a top-two finish.

Sweden can aim for a single point to guarantee the top spot, but with four points already in the bag, they are the team with the least amount of pressure on them. With that said, if Sweden loses and the other fixture ends in a draw, they will be equal with Poland and Slovakia in points and results.

Slovakia needs to defeat Spain to qualify, but they can also be eligible with a draw with a draw, but only if Poland fails to take anything from Sweden.

Spain will be hunting for all three points; a drawn game is still possible to assist them in qualification, but if Poland manages to win Spain, it could be eliminated in a shocking 4th place finish.

Poland can finish second, but only if Spain and Slovakia don’t end in a draw. 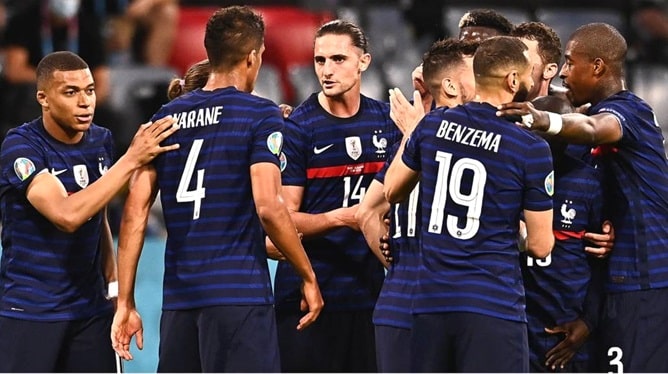 Group F is the one everyone is waiting for. Will Cristiano Ronaldo’s Portugal defy the odds and defeat the World Cup winners France?

This group is wide open for the taking, and with Germany facing Hungary, we should expect all three points for the German outfit.

France is the current front-runners but will need a draw at the least unless Germany and Hungary end in a draw.

A win for Germany could give them a top place finish, so long as France fails to win against Portugal. They can also finish third if they lose and France win or draw, and Portugal win.

Hungary can finish second with a win against Germany, and France is successful against Portugal. However, should they win and France loses, the second place position will be decided on goal difference.

The winner of the group will be faced with the third-place team from Group A, B or C, with the runner-up taking on the winner of Group D. 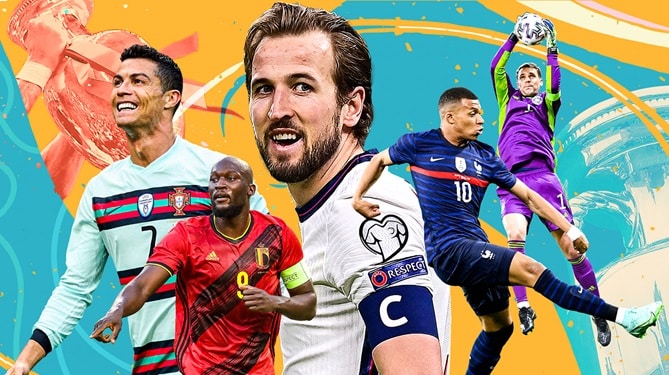