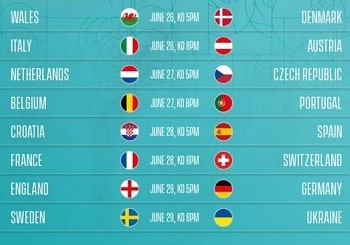 Euro 2020 Facts
Following last year’s lockdown restrictions, the Euro 2020 competitions were pushed to 2021, with the first match hosted on 11 th June. This year, the tournament will be held across 11 cities in
11 different countries all over the world, with the group stages already concluded. The decision to host the tournament in different cities across Europe came in an attempt to celebrate the
event’s 60th anniversary in a grand style, taking the games to the people.

Here are some facts that fans will want to know as they enjoy sports betting online on the remaining games in the round of 16 and semi-finals. These matches will be available on Vwin, a
leading sportsbook in Asia.

Euro 2020 Figures and Facts
– The European Championships are being hosted by two countries, with games organized across 11 different countries including smaller nations like Denmark, Azerbaijan, Hungary, Scotland, and Romania.

– 24 teams will participate in the Euro 2020 Championship, with Finland & North Macedonia being the only two countries making debuts in the competition this year.

– France, Spain, and Germany have won 53% of the Euro Championship competitions (8 out of 15). However, Spain and Germany are the only teams that have managed to win
the competition three times.

– Portugal will be attempting to become the second team to win the European championship back-to-back after Spain (2008, 2012). They’re also the only country to have reached the tournament’s knockout stages over the last six times, starting from 1996.

– France holds the title for the most recorded goals in the European Championship after registering 14 goals in the 1984 Euro competitions.

– England has played the greatest number of games in the European Championship history without reaching the final (31 matches).

– Michel Platini is the Euro Championship top scorer in a single event after recording nine goals in the 1984 edition, helping France take the trophy for their first time.

– Christiano Ronaldo has the highest number of euro games played (21), also recording nine goals like Michel Platini. The Portuguese forward also boasts of the most appearances in major tournaments, including the Euro and World Cup combined. 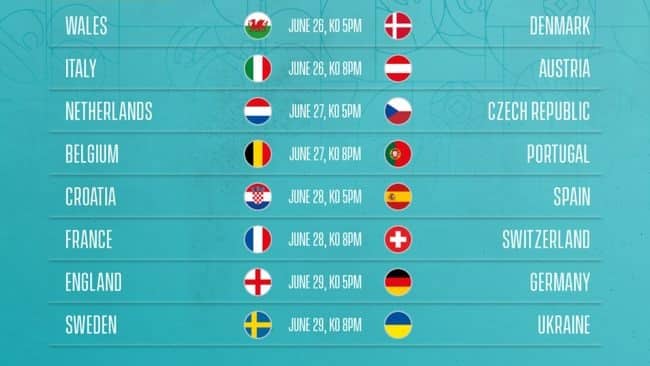