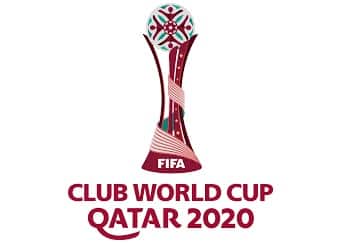 The Corona pandemic which still has the world in its grip caused the re-arrangement of the FIFA World Cub and its affect hasn`t stopped there. Due to commence this month the tournament will do so without OFC representatives Auckland City after New Zealand authorities decided that due to quarantine restrictions it would not be worth the risk.

The holders of the UCL will almost certainly be the hot favourites to add the World Club Cup to their trophy cabinet, especially considering Liverpool’s absence from the competition. Bayern showed last year that they are almost back to their imperious best with the manner in which they swept aside aspirants to a first European crown, PSG, in the UCL Final, on their way to their own `treble.` Although a shock cup reverse to DFB Pokal showed they are not quite matching up to last season`s standards.

Munich go into the World Club Cup with a healthy seven point lead at the top of the Bundesliga ahead of RB Leipzig and are averaging exactly three goals a game although they beat Hoffenheim 4-1 last time out. That being said they have conceded 26 goals in 19 games so will have to be wary against some of the teams in Qatar. But with Robert Lewandowski showing no signs of letting up on his prodigious scoring record, 24 goals and six assists so far this season, I feel Bayern`s installation as trophy favourites is more than justified.

Representing Qatar Al-Duhail will do so after the withdrawal of Auckland City. For Al-Duhail striker Ali Afif it will be the second time he has appeared in the FIFA World Club Cup. His first was as a 23 year old, ten years ago, playing for Al Sadd, then Asian champions and he played in the third-place game which Al Sadd won 5-3 on penalties. Alfi was in the Qatari team that won the nation`sfirst ever AFC Asian Cup title in 2019, alongside his younger brother Akram but he and his younger team mates will have to be at their best when they face African champions Al Ahly.

Ali Asif said, ahead of the tournament.

“I will use all of my experience for the good of my team. It makes me really happy that the players are proud of me and having me by their side at Al Duhail.”

Asif is an experienced international with 56 caps for Qatar although his goal tally isn`t that impressive, just 10 international goals but his team will be relying on all those years of experience if they are to justify the faith of next year`s World Cup host nation that the can make a mark on the World Club Cup.

The reigning CAF champions have considerable World Club experience having made five previous appearances in the competition. They were also voted Africa`s club of the 20th century. The Egyptian club are back in the World Club Cup after a seven-year absence, in a tournament in which they have, despite gathering great experience, failed to make any real impact. If Al Ahly do triumph over Al-Duhail they face the awesome prospect that is Bayern Munich.

Al Ahly coach, Pitso Mosimane, is fully aware of the task that lies ahead for his team. He says;

“Al Duhail are a good side. They won the Stars League in Qatar which is very competitive with some good sides.”

Al Ahly have some good players, most notably Egypt international Mohamed `Afsha` Magdy, whose goals helped take the side to the World Cup. Mosimane pointed out.

“Not only is he a quality player who scores goals he is also a playmaker and helps create space.”

Palmeiras, who won the Copa Libertadores with the winning goal, from Breno Lopes` towering header, in the 9th minute of extra-time to defeat Santos 1-0, will be second favourites behind Bayern Munich.

The Brazilian side have some red-hot, and young, prospects in their squad including Gabriel Veron, just 18, who is the second youngest goal scorer in the history of his club and the youngest player ever to score in a Libertadores match. His current contract runs out this year and it’s a cert that he will already have attracted the attention of the usual suspects at world football`s high table. Another player to watch in the World Club Cup is Palmeiras` 20 year old midfielder Gabriel Menino, who can also play right back. Although he has yet to play for the full Brazil side he was called up to the national squad last September and he has already been capped at Under 20 level seven times. He made his first team debut for Palmeiras just a year ago, playing a full ninety minutes.

Ulsan, known as the Tigers of Asia, will represent the AFC after winning the AFC Champions` League 2020 title in the centralised tournament in what will be familiar surroundings for the World Club Cup. The Tigers beat Persepolis FC, from the Republic of Iran, 2-1 in the Final. Their star man was Yoon Bit-garam who was voted the tournament`s MVP but it was Junior Negrao who was the star of the final. After Persepolis went a goal up it was his brace that turned to game, both from the penalty spot. He almost fluffed his lines with the first penalty when the `keeper saved but Negrao was quickest to respond to the loose ball which he fired home to level. He made no mistake with the second spot kick and Ulsan lifted the trophy.

Yoon Bit-garam is a dead-ball specialist and proved it with his spectacular free-kick in the group phase against FC Tokyo.

The Korea Republic side are very strong defensively and that is down to their coach, Hong Myung-bo who has based his team on a strong spine of defensive midfielder Won Du-jae, centre back Kim Kee-hee and goalkeeper Jo Hyeon-woo who kept goal in Korea`s shock result against Germany in the Russia 2018 World Cup.. That foundation certainly works as Ulsan conceded just seven goals in the ten matches of their AFC Champions` League campaign.

UANL go into the FIFA World Club Cup as winners of the CONCACAF Champions’  League. The Mexican club are in Qatar by virtue of their 2-1  victory over LA FC just before Christmas and they did it by coming from behind. After a scoreless first half LA went a goal up through Diego Rossi, on the hour. Twelve minutes late Hugo Ayala levelled before the tried and trusty Andre-Pierre Gignac came up with the decisive goal, six minutes from time.

Gignac is the Tigers` best known player. At 35 he is an experienced and strong centre forward particularly proficient in the air and knows his way to goal. He played for four clubs in France and his 324 club appearances yielded 113 goals but his figures since joining UANL have been stratospheric, 126 goals in 207 games. He has also been capped 36 times by France so will almost certainly be one for the opposition to watch closely.

Off the field, coach Ricardo `Tuca` Renetti made the headlines recently when he received a one match ban, FOR SMOKING, during a league game, which is strictly prohibited.

The Tigres, like most clubs will not be supported by their fans who would have travelled to Qatar but for the pandemic. However they have made, shall we say, provision for a novel substitute, more than one on fact. The club are to take 11 cardboard cut-outs of fans with them to support their push for the trophy.  The Tigers take time off from domestic football to participate in the World Club Cup just four games into the Liga MX season and they do so in good form. They are one of four clubs leading the table with an almost identical record. In fact they have the same; P4 W2 D1 L1; goals for 5, goals against 3, stats as Club America. Toluca are top with the same number of points but have scored three more goals.