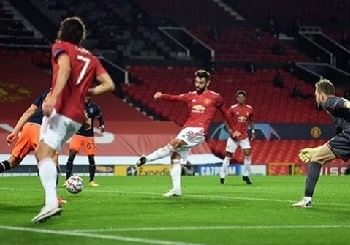 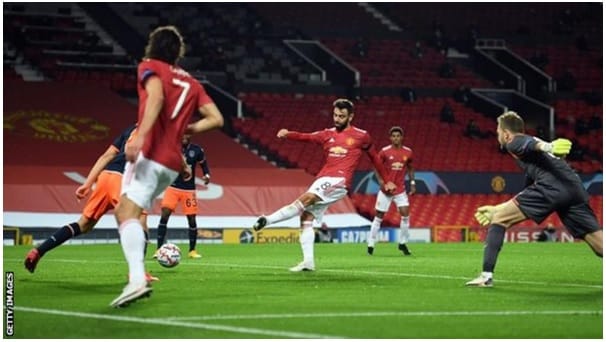 America is fluid when it comes to sports. That’s why football hasn’t been on top of their entertainment menu for decades. Who would blame them? They have quite an assortment of sporting options, with the NBA and American Football being the favorites for the boomers. For old school folks and veterans, horse racing in Texas, Virginia, and elsewhere definitely gets the top priority.

However, millennials seem to be turning tables around for soccer as the local MLS league and international leagues like the Premier League, LaLiga and Serie A are gaining new fans by the day.

Amongst these leagues, they are specific teams that are enchanting a new fan base in the United States. Here are the top 10 European Football teams that have a massive following amongst the Americans and why?

If you ask which club Lionel Messi plays for in city in the US, there’s a chance more than one person will answer. Messi’s club, Barcelona, is regularly ranked as the most valuable football brands in the world.

It has seen its better days of producing magnificent talents, but none has won many millennials’ hearts as Lionel Messi. Other recently retired legends such as Brazilian Ronaldinho Gaucho and Cameroonian Samuel Etoo cemented an excellent fan base foundation.

Barcelona has sought to exploit the American market by hosting their International tour games against many Major League soccer teams in front of American fans.

For many sports punters in the US, Liverpool is the best team to bet on in England. It plays beautiful football, wins regularly and has a talented team of players. For clarity, not everyone in the US can bet on sports.

Sports betting in the US is regulated by states. And not all of them permit the industry. That said, also find out the gambling age by state before you get involved with online betting.

Real Madrid is Barcelona’s archrival and one of the most successful clubs in Europe. Real Madrid has also sought to utilize the untapped soccer market in the United States through soccer charities and partnerships with MLS clubs.

Perhaps what drove a large number of new fans to Real Madrid was the Messi-Ronaldo rivalry. When Cristiano Ronaldo was at Real Madrid and Messi at Camp Nou, you were either a Messi fan or a CR7 fan during their peak years. Many ended up picking sides that they still support to date.

Nonetheless, Real Madrid has seen some legendary talents in the likes of Zinedine Zidane; its current manager, go through its ranks.

Manchester United hit their peak under the legendary football manager, Sir Alex Fergusson. It was during this period that many Americans fell in love with the club.

Several American nationals have played for Manchester United, with Tim Howard, who doubled as the American National team goalkeeper being the recent legend. David Beckham, the Man United star, owns one of the Major League Soccer clubs.

Like other big European football giants, Man United has invested a lot in the American market through tours and charity. As a result, it attracts a lot of sponsors from the US, the latest brand being Chevrolet.

AC Milan is an Italian outfit that has seen its better days. A boomer football fanatic will tell you of the good old days of Milan football derbies at San Siro. These golden days gave the club quite a considerable following, which has stuck to date.

AC Milan still fights for its rightful position in the Italian Serie A both locally and in the United States. The club frequents the US every summer break to entertain its loyal fan base.

The Legend of Turin has enjoyed entirely uninterrupted dominance in the Italian league in the past few years. Nonetheless, Juventus deserves every bit of their success as they have heavily invested in football resources.

Their recent signing of Cristiano Ronaldo, who has a strong fan-pull, saw them bag millions of new fans in Europe, the USA, and other parts of the world.

A summer stroll in an American street and you are sure to meet someone donning a Juventus football jersey. If you care to look, it will likely be a number 7.

Chelsea has gained a lot of support in the United States, thanks to good taste for American players. Its latest American signing, Christian Pulisic, otherwise known as Captain America, has drawn immense support from American football lovers.

The club has several partnerships with American soccer clubs and is one of the clubs with a Twitter handle precisely for its American fan base.

The German Bundesliga giants have also conquered the American market. Bayern Munich has made it a habit of hosting their summer break events in the United States, where they seek to exploit its tender soccer market.

Additionally, its success in European football has also made it one of the favorite clubs globally.

PSG is the most successful club in the French league 1 winning the past eight league titles. Despite many claims that the French league is easier and unbalanced in terms of financial resources available for the participating teams, PSG proved many of its critics wrong by reaching the finals of the 2019/20 UEFA Champions League narrowly losing to Bayern.

Additionally, the global superstars in Brazilian Neymar and French Kylian Mpappe are a magnet to many young fans. PSG, like other European football giants, hosts its summer tour events in the United States, solidifying their growing fan base

Arsenal, like many struggling European football giants, has seen its better days. However, the club still has a strong fan base in England and abroad despite not winning any notable title for the past decade and a half. Arsenal has had some great legends such as Patrick Viera and Robin Van Persie on their books.

To sum it up

The American soccer fan base is still largely unexploited, and every European team with capabilities is trying to woe the fans to their side. This is mainly through fan registrations, broader TV coverage for American viewers, tours, and participation in American summer games.