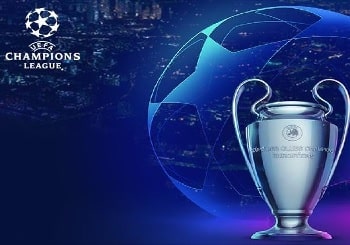 The tournament brings together 32 teams

The Union of European Football Associations organizes this league. The number of teams from every domestic league are determined by the UEFA coefficients. Some of the domestic leagues can only provide their champions to the league. However, the biggest leagues provide four teams each to compete in the Champions League. The 32 teams are grouped into four distinct groups, where teams from the same association cannot be in the same table.

The first season was held in 1955-56 and has been continuing every year. The trophy is 71cm tall, which is 33cm shorter when compared to the English Premier League trophy. The handles are the most complex component of the trophy as they take 15 days to make. The trophy is made of sterling silver, which weighs 7.5KGs. The original trophy is used for presentation only during the final day but remains a UEFA property.

Real Madrid has the highest number of titles so far

We cannot talk about the UEFA Champions League and fail to mention Real Madrid. The team has won the title 13 times in a race where only 22 teams have ever won this trophy. The club was founded in March 6, 1902 and has been consistently ranked among the world’s wealthiest clubs. Real Madrid started to make a name in the football space after it won 5 European cups in a row. Real Madrid was awarded the FIFA Order of Merit in 2004 for its contributions in the league. The team has won more than 64 domestic leagues, making it among the best in the world.

Arsenal went on record to play for 995 minutes without conceding a single goal during the 2005-06 season. The team also recorded ten clean sheets during the same season under goalkeepers Manuel Almunia and Jens Lehmann which was one of the best combinations. Markus Rosenberg from Ajax scored a goal against Arsenal in match day 2 and the next goal that the team conceded was against Barcelona in the 76th minute on the finals. Some of the teams that Arsenal knocked off during the season include Villarreal, Juventus, and Real Madrid. On 13 September 2006, Arsenal was the first team to field first-eleven players from different nations.

It is a badge for all the teams that have shown remarkable skills in this competition. Every team that wins the title three times in a row or a fifth Champions League title gets a UEFA Badge of Honor. The badge is always stitched on the player’s uniform and displays an image of the trophy and there is a number that shows the number of times that the team has won the title. Some of the teams that have the UEFA Badge of Honor include Ajax, Bayern, AC Milan and Liverpool.

5 English teams have won the trophy

England has one of the best teams that compete in the UEFA Champions League. Liverpool has the highest number of trophies with six titles under its belt. Others include Manchester United with 3 titles, Nottingham Forest with two titles while Aston Villa and Chelsea have one title each. English clubs also have the record for the most consecutive victories. The most recent encounter of two English teams in the finals was in 2019-20 season when Tottenham lost to Liverpool 3-0 in the finals.

The league supports the UEFA Foundation for Children

Cristiano Ronaldo and Lionel Messi are the all-time top scorers

Cristiano Ronaldo has the highest scores in the UEFA Champions League after netting 130 goals (excluding qualifying). He has represented POR, Manchester United, Real Madrid and Juventus in different seasons in the Champions League. Messi is the highest all-scorer with 115 goals as of the time of going to press. Other remarkable players in this trophy include Raúl González, Karim Benzema, Thierry Henry, Robert Lewandowski, Zlatan Ibrahimović, Ruud van Nistelrooy, Filippo Inzaghi and Andriy Shevchenko.

It has undergone several name changes over the years

The competition was first introduced as the European Champion Clubs’ Cup in 1955. It was initially designed as a straight knockout competition that brought together only the champions from various domestic leagues. Between 1967 and 1994, the cup was known as the Coupe des Clubs Champions Européens. FC Porto’s victory in 2004 has been documented as one the league’s biggest surprises as Spanish and English teams have mostly dominated it. Spanish clubs are so far the most successful as they have 11 titles under their belt, while Italy and England tie with five titles each so far.

The above facts show that the UEFA Champions League is one of the best leagues in the world. It involves a lot of money as the 2019-20 season winners, Bayern Munich, pocketed €19 million (£17m/$22.5m) while the runners up received €15 million (£13.5m/$18m) and that is why checking football slots and odds attracts gambling fans.