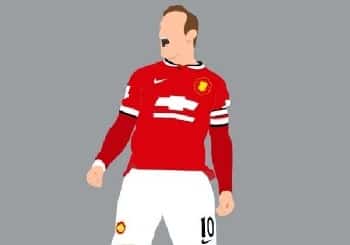 Article: Footballers and their Gambling Addictions by Jonathan Lewis

We all know that sports have been around for a very long time. Football can be traced back to over two thousand years ago, back in the ages of ancient China. Countries like Greece, Central America and Rome all claim to have played a part in the start of certain variations of the epic sport, however, it was England that started the game as we know it to this day.

There is no doubt in this world that football has grown to become one of the biggest sporting industries on the planet. It’s said that the industry generates over $5,000,000,000 USD in revenue every year! This leads to professional football players from all around the world earning very hefty pay grades, leading them to an unbelievably rich, luxurious lifestyle filled with massive mansions, crazy fast cars, and more money than one could possibly ever spend in a lifetime! This is thanks to their impeccable talents that have brought them onto the professional pitch and allowed them to perform on one of the world’s highest ranked platforms.

We also clearly know that the life of glitz and glamour that being a world-class footballer isn’t all sunshine and rainbows, even if they’re filthy rich and have all the materialistic things they desire, footballers still suffer from some celebrity-related cons like social media abuse, paparazzi, and numerous problems that come from off the field, which many times end up getting in the way of their skill and progress.

Another industry that’s intertwined with the world of football, or with any other sport in the matter, is gambling at casinos and the numerous available online casino in the UK. People just love to gamble on their favourite competitive sport, as it makes them feel even more connected with the game, along with giving them the thrill of wagering on what they assume the outcome of a match will be. However, it’s not just football fans and spectators that enjoy the experience of sports betting and gambling, the pro players do it too.

The problem is that when you have a great deal of money, it’s a lot easier to get carried away and end up throwing out immense amounts of money, only realising what a big mistake they have made after they have lost it and it’s made the news headlines! Here we’re going to mention some of the most popular football players who have lost a great deal of money to their gambling addiction, who can teach us a valuable lesson after they show us how they’ve suffered with deep blows into their all-round international football careers;

The world-famous British forward, Wayne Rooney, is the world record holder for the most scored goals for Manchester United, and the highest goal scorer in England. He had to score 253 times to break the old record, which was set 50 years earlier by Bobby Charlton himself. This led him to build himself a total net worth of $170 million US dollars, thanks to the career he has built up from playing soccer from a very young age. Unfortunately, even though he has made numerous headlines through his incredible career on the pitch, he also made a few headlines from a negative aspect coming from his life outside the pitch. It’s well known that Rooney had a bad issue with gambling, he once reportedly lost £500,000 british pounds at a casino in Manchester through boredom and immaturity, during his time playing with Man United.

Chopra, who is another popular former English striker who played for numerous teams like Newcastle United, Cardiff City, Sunderland, Ipswich, Blackpool, and more, has also had a pretty decent career in football, and had built himself a solid net worth which seems to be unknown at the moment. What we do know however, is that he recently admitted to losing around £2,000,000 GBP through gambling. The forward also said that he joined Sunderland only to be able to pay off his debts, which started off when he was a mere teen, where when he was still with Newcastle,  he would bet £30,000 GBP against other players when on the way to matches.

Additionally, the retired attacker faced criminal accusations from the English Horse racing Authorities over dubious gambling behavior. He does, nevertheless, invest time at the Sporting Chance clinic, a charity set up to provide an abuse and treatment program for players founded by Arsenal icon Tony Adams. After England, with Alloa Athletic and Kerala Blasters respectively, Chopra enjoyed some time playing inside Scotland and India before he entered retirement in the year 2016.

These experiences teach you that in gambling, the most important thing is to keep control of your urges and make sure you don’t go overboard. Gambling can be an enjoyable experience, but in order for that to happen you need to get out while you’re ahead, cause once you start losing, it’s very easy to get carried away and lose large amounts of money in a deep urge for another win.