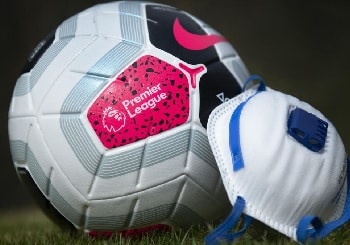 Article: When and How Will Spectators Return to Football?

The current Covid-19 pandemic has affected every aspect of life, with sport coming under intense pressure, especially football. We are seeing countries around the world all suffer, and England is one of those.

As things stand right now, no fans are allowed to watch football, but all leagues are continuing to play despite this. That has added financial pressure on the clubs lower down the football pyramid, and they will need help to survive the season.

But what about fans, when and how will they return to football? That is the question on the lips of every fan right now and the simple fact is that there is no definitive answer just yet.

When Can We Expect Normality?

No one knows when normality will come, although there are seemingly only two options for how it will come.

These are that a vaccine will have been distributed around the country, allowing people to get on with their lives. Or, if that isn’t ready, the new rapid tests that give you a result in an hour could be used, with everyone being tested as part of the entry process into a ground.

The hope is that a vaccine will be available shortly, though it will take many months before there is enough for the majority of the country to have it. The UK has recently ordered the Moderna vaccine that is being developed, in the hope this can be distributed in the coming months.

It is unlikely we will see anything other than the very end of the season if the vaccine is our way back, anything before then will likely need testing on entry.

Discussions Between the FA & the Government

Talks between the FA & the British government have been ongoing during the entire pandemic. We saw a handful of trials, which went very well, during the summer although these were put on hold when the second wave of the virus began to appear.

The FA wants fans back in domestic football games as soon as possible, especially lower down the English football pyramid where clubs are facing financial hardship. Trials with 1000 fans happened and are expected to be the next step when we get back to that stage.

This would allow social distancing to work, rather than requiring a vaccine or testing to be in place.

However, we may see a delay until testing or a vaccine is in place when it comes to European games. The simple reason is that each country is at a different stage, and governments are very wary of who they allow into their country.

There are many travel bans in place at the moment for countries within Europe. Football is exempt from these, but that only applies to the teams and their officials, not fans. There would need to be no travel bans in place before people are allowed to travel Europe to watch their team.

It may be that fans will have to stay at home while their team plays in Europe. Watching from home has become the norm for many fans around the continent, but luckily TV deals have been slightly changed to ensure fans can keep up with the games. Plenty of people have been enjoying things from home, and this list of UK new betting sites have been allowing fans to place wagers on the games they are watching.

Euro 2020 was cancelled earlier this year, and pushed back to the exact same dates but in 2021. The hope is that this tournament can go ahead next summer. If there are any problems, there isn’t really a time when the tournament could take place, with the 2022 World Cup a year after.

However, it isn’t straight forward because the tournament as it is currently planned is played all across Europe, with different countries hosting different groups. This is a new idea, tried for the first time now, but one that could not have come at a worse time.

There is talks that the competition could be moved to one country, with England being a possible host, and that would solve the issues with teams, and potentially fans, moving around between different countries.

It is anyone’s guess right now as to what Euro 2020 will look like when it takes place. If things go well, it will remain the same and fans will be in attendance, though the competition may have to move to one country to guarantee the attendance of fans.