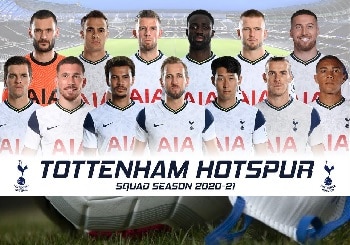 Article: Can Tottenham Really Win the Premier League This Year?

The 2020-21 Premier League race was billed as a two team affair in the summer, the title would either go to Liverpool once again, or Manchester City would win it back.

Despite the strength of the Premier League behind those top two, with teams like Chelsea, Manchester United, Tottenham Hotspur and Arsenal, there was never much thought for any of these clubs making a realistic push.

That has changed after just a couple of months, with Tottenham emerging as one challenger, and probably the leading candidate right now. We have seen Premier League gamblers using the best new customer betting offers to place bets on the winner of the title, and some of those have been on Tottenham, more so since their start.

But can they really do it? A team known for their lack of conviction and finishing effort when it comes to winning trophies?

The Rise of Tottenham

This season has been different so far though, and we have seen two sides to this Tottenham team. First up, their undoubted quality, they have played very well and won games in an impressive manner. You only need to go back to their 6-1 win at Old Trafford over Manchester United to see that.

However, we are also seeing a different side to Tottenham, one that you could argue we have not seen before. This is their ability to grind out results when they are playing lower opposition. Recently they have won three games, beating Burnley, Brighton and West Brom by one goal margins, with two of those being 1-0 away wins.

A Tottenham team of the past would more than likely have drawn at least one of those, we haven’t seen this type of character from them in a long time.

When Tottenham completed their 2020 summer transfers, they added former player Gareth Bale back to the team on loan. Little was expected from Bale at the start of the season but moving forward, he is now expected to shine.

A fully fit Gareth Bale playing at the best of his ability is a great help to Spurs, and gives them a front three of him alongside Harry Kane and Son Heung-Min. Bale hasn’t grabbed the headlines yet like the other two have, breaking records along their way but this Tottenham front line is already very impressive.

Add Bale to that and they have something special, a front line that will stand up to both Liverpool and Manchester City, as well as any other in the world. Yes, you need a lot more than a front three to win the Premier League, and that is something that Liverpool finally solved last season, so we can’t just focus on the front three, but they are certainly capable of giving Tottenham a chance.

The Fall of Their Rivals

There is a case to be made that the only reason why Tottenham are being described as genuine contenders is because of what the rest are doing. Liverpool can hardly field a back four at the moment, they have been hit hard by injuries and that isn’t helping their case.

Combine that with a poor start from Manchester City early on, as they struggle to win games they should be doing and that is why others have started to be mentioned. Of the others, Manchester United have been very disappointing, Chelsea and Arsenal haven’t been much better.

This leaves Tottenham as the only team from the main six in the league who have done anything that can be described as positive at the moment. Can they keep it going? That remains to be seen, but they also need the others to not get going, and that is where the question marks have to lie.

Spurs haven’t taken the league and drawn well clear, despite their rivals all struggling. What they have done is make themselves competitive, but they have needed a lot of things to go right for them just to get competitive which is why we should probably reserve judgement on the title just yet.

Yes, Tottenham have a chance to win the league this season, and it may be their best chance for many years. However, things have gone right for them to get involved, will things keep going right throughout the entire season? They certainly need to, but with the front three they have you certainly can’t rule them out and they appear to be the biggest danger to the big two.