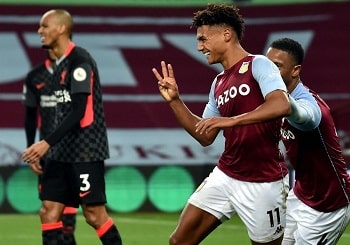 Why Are There So Many Goals In The Premier League This Season?

2020 has not turned out as anyone expected, and the Premier League has been no different. After a great start to the year, the league was put on hold because of COVID-19, something we never thought would happen. Fortunately, the powers that be made a plan for it to be completed, and a remarkable season was capped by a remarkable ending.

With attending matches out of the question, many people have turned to streaming services to watch every game. Click here to read more about how to use a VPN to stream games from around the world, with or without fake crowd noise!

Now that the 2020-2021 season has started, albeit a few weeks late, we have been treated to some bizarre results. Hattricks are being scored left, right, and centre. There are major upsets involving the big teams, with Man City, Man United, and Liverpool all conceding 5 goals or more in a single match.

Everyone’s asking the same question: what on earth is going on? There are a few potential reasons for the sheer number of goals in the Premier League this season, according to some betting sites.

Lack of fitness and training

Footballers had to spend months this year out of action. Yes, they continued training on their own, but they missed out on the intensity of competitive matches. Add that to a shortened preseason and congested fixture list, and it’s no wonder some players lack fitness and practice.

This inevitably affects the best defenses, who have to be aware 100% of the time. There have been tons of individual errors since the restart by some of the best defenders in the world, including Virgil Van Dijk.

Furthermore, coaches haven’t had the time to train defenses to stay organised against each week’s opponents. Added to players being out due to injury or illness, and you get Liverpool shipping seven goals to Aston Villa.

The impact of fans

It has become a cliché to call fans the twelfth man, but this season’s football has shown us just how true it is, if not in the way we expected. Generally, we assume fans motivate players to attack by cheering them on. However, it seems like the presence of fans keeps players alert more than anything else.

Without the pressure of a crowd cheering or booing, players become sloppy, giving the ball away and making unforced errors. There is no collective groan when a keeper flaps at a corner or a defender dallies on the ball for too long.

It is also possible that the absence of crowds simply makes the match feel less significant. It can feel like a training game, rather than a competitive match. In training, shipping goals is no big deal unless your place in the starting eleven is at risk.

Then there’s the impact this has on attackers. A one-on-one with the goalie is no longer as fraught as it used to be. Players also feel more free to take chances, shooting from far out rather than trying to get as close as possible. Have a look at the deflected goals Villa scored against Liverpool for some evidence of this.

There are a number of possible reasons that goals are being scored for fun in the Premier League this season. Hopefully, teams are able to up their standards without affecting the entertainment factor too much.