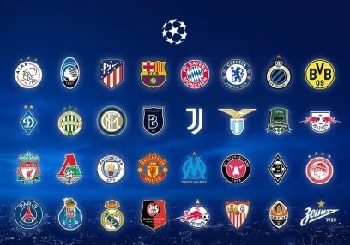 
The first sense you get from scanning the 32 teams in the 2020 UEFA Champions League Group Stage is what a lot of quality sides there are but also there is something relatively new.

Of course there are the usual suspects when it comes to favourites to win, like the re-born Bayern Munich and Ronaldo led Juventus but these days there is also the presence of improvers, like RB Leipzig. Then there is what might be termed the `X Factors`, improving clubs that have maintained their momentum and continued to improve, like Atalanta and Sevilla.

The `relatively new` factor mentioned previously is something that strikes me about the likes of Atalanta and Leipzig. No logic but they made me think back to the 1992 Euros and 2004, when unfancied Denmark and then Greece shocked the world by winning the European Championships. It may happen one day that an unfashionable club might win the trophy; now what was the name of that team under Brian Clough? It`ll come back to me, but I think you`ll get my drift.

Where have you been, might have been the question European football was asking of the German giants for the last few years, but not any more. The manner and style, yes that word, style, not usually associated with the football juggernaut Bayern used to be, was most evident when they swept aside wannabees PSG in the recent UCL Final. Whisper it quietly but the German champions, yes they did win it again last time out, are good to watch these days and in Robert Lewandowski they have THE supreme goal-getter. If they don`t top this group there is something wrong with the state of football.

Atletico Madrid should latch in to second place but I have a strange feeling that Diego Simeone, their talismatic leader may soon be off to pastures new

Real Madrid may be better off for having Ronald Koeman as their coach as they seek to regain what they consider their own property, the UCL Trophy. They staved off Barca`s championship threat last season but, truth be told, it was a waning Barca star, which yielded a goals for total 16 less than the eventual champions. No Gareth Bale though I doubt the Galacticos will weep into their paella. They do however look an ageing squad and I`m not sure Benzema, who played out of his skin last season can carry them on his own. Eden Hazard needs a stellar season if he is not to join the ranks of superstars whose star lost its sparkle after a move to the Bernabeau.

Inter should qualify from this group and showed they mean business with an unbeaten start to Serie A which saw them score seven times without conceding. The games between these two giants of European football should be crackers.

This time last year, before the start of last season`s UCL competition Manchester City were favourites. Now they are not.

They should exit this group without difficulty but they have a number of issues to sort out in their own camp before they contemplate conquering Europe. The tame capitulation to Lyon in last season`s quarter-final was personified by one of the two major problems City face this campaign.

Against Lyon Raheem Sterling missed a sitter that would have levelled for City. This season, with no Aguero and Jesus, City have looked toothless, despite the aforementioned Sterling being amongst the goals. A very good goalscorer he is not Aguero, nor Jesus for that matter. Where are the goals going to come from?

In defence Pep has added Ruben Dias and he looks the part but that`s it, its only one part. A defensive rebuild is required.

Porto is a very experienced European campaigner and has qualified for UEFA competitions every year since 1975 and only Real Madrid and Barcelona have more, one more to be exact, appearance in the UCL group stage.

Marseilles are probably favourites to claim third place, after being runners-up in their domestic league last season and may even capitalise on any slip ups by either City or Porto.

Liverpool may find it harder to win the UCL this season than the Premier League last time out. Their season will not hinge on the shock reverse to Aston Villa but Herr Klopp will have to monitor carefully how his squad reacts to the most humiliating night any of them will have encountered. They also need a better back-up goalkeeper – maybe Ben Foster?

Atalanta maintained their momentum from last season with an unbeaten start to their domestic league winning their first three games, scoring 13 goals. They play with a freedom and uninhibited liberty which is reminiscent of the days when football was a game not an industry. They could well give Liverpool a run for their money as far as topping the group is concerned though I expect these two to be the teams progressing. I also expect the games between Ajax and Atalanta to be the most pivotal of the group.

Sevilla were so impressive in winning `their` trophy, the Europa League that they look likely to make the step up to UCL success this campaign. They are red-hot favourites to top this group and if Chelsea think they are odds-on to accompany them they should take a look over their shoulders as Rennes.

The French side led their domestic league after four games, unbeaten, from the start of this season, to maintain their incredible improvement in just over a year. In the French League 1 they went from 10th in 2019 to third last season just six points from being runners-up. The loss of their keeper Edouard Mendy, to Chelsea and Raphina, to Leeds, will be a blow but they have some very experienced players, including Steven Nzonzi.

It should be Sevilla and Chelsea but I think it may come down to the games between Chelsea and Rennes to decide second place.

Krasnador are struggling at the start of the Russian Premier League to replicate the form of last season that earned them third place and a UCL berth. They would see a Europa League place as a massive plus.

Lazio finished fourth in Serie A to qualify for the UCL but have made an indifferent start to the current campaign while Borussia Dortmund aren`t really looking anything like the side that finished runners-up to Bayern Munich last season. Their biggest plus has been holding on to Jadon Sancho and they also have Europe`s hottest prospect in the goal machine that is Erling Haland. Throw in the potential of their teenage capture from Birmingham City, Jude Bellingham, and you can understand optimism of their fans that this might be their season, at home and in Europe.

Zenit top their Premier League, neck and neck with Spartak Moscow, and should be the side that progresses with Dortmund. They score goals and have a mean defence so may even push the German side for top spot.

Brugges won the Belgian League at a canter last time out and must fancy their chances of progressing from this group but their games with Zenit wil be key.

Billed as Ronaldo v Messi this group may well come down to how those two stellar players perform over the course of their meetings. The Serie A champions were in lowly 8th place at the start of this campaign but had played a game less than their rivals. Barcelona are fifth but unbeaten.

There`s little doubt the little magician has hit a bit of a dip in form over the last 12 months whereas his Portuguese counterpart continues to defy the years but, to quote that wonderfully accurate quote, `form is temporary, class is permanent.`

I think the entire football world will be surprised if these two do not progress.

I think Kyiv will just edge Ferencvaros for third place.

This is the group I find the most fascinating, for several reasons. I wonder if PSG can top the group but I am intrigued by how the games between the other three teams pan out. I did not think Istanbul would tail-off from their form of the last two seasons as badly as they have, bottom of the Turkish League after four games with just one point.

I did not think Manchester United would be in such turmoil though I am not surprised at how well RB Leipzig have started their season, topping the Bundesliga after three games.

I think Leipzig will win this group and I also think it will be the games between United and PSG that will be pivotal. 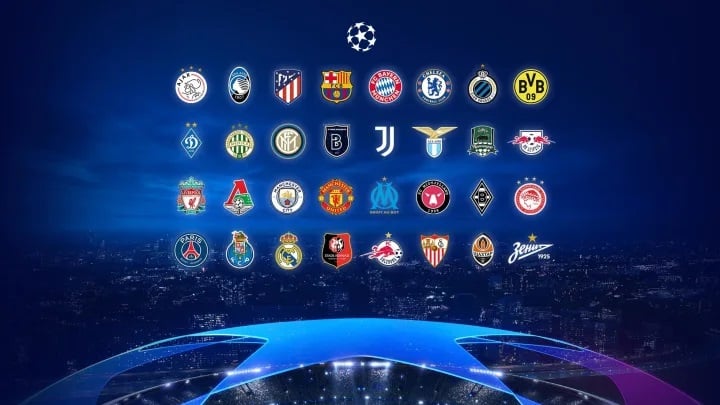