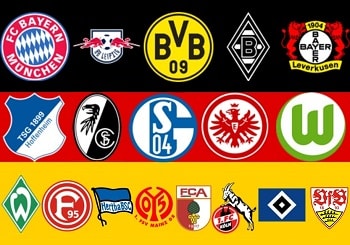 The Bundesliga returns on September 18 with Bayern Munich chasing their ninth successive title in the German top flight.

Bayern cruised home last season, ending the campaign with a 13-point advantage over Borussia Dortmund on their way to winning the treble.

The latest betting odds rate Bayern as overwhelming favourites to win the league again and it is difficult to argue with that viewpoint.

Dortmund are expected to be their main challengers once again, although plenty of other teams will hope to force their way into the reckoning.

Read on as we take a look at the main contenders in the Bundesliga, before offering our predictions for the upcoming campaign.

Bayern Set to Make it Nine-in-a-Row

Bayern were inconsistent at the start of last season and their form ultimately cost Niko Kovac his job as manager.

Hansi Flick’s appointment as his replacement proved to be inspired, with Bayern ending the season by adding the Champions League to their domestic league and cup double.

Robert Lewandowski enjoyed a stellar year with 55 goals in all competitions and can be expected to terrorise defences across Germany again this season.

Leroy Sane’s arrival from Manchester City further boosts Bayern’s attacking options and it will be a major shock if they fail to win the league this term.

Dortmund Have a Point to Prove

Dortmund looked capable of mounting a title challenge last season, but a 1-0 home defeat against Bayern during May effectively ended their hopes.

Erling Braut Haaland will be the key to their hopes having made a huge impact since joining the club from Red Bull Salzburg back in January.

Haaland looked in fine form as he bagged a brace in Norway’s recent 5-1 victory over Northern Ireland in the Nations League and could challenge Lewandowski in the scoring stakes this term.

The signings of Emre Can and Thomas Meunier should prove to be astute, but Bayern’s greater squad depth could be the deciding factor in the title race.

RB Leipzig finished third last season, but could struggle to repeat the feat having lost some key players this summer.

Timo Werner’s departure to Chelsea is a major blow, with the German star’s 28 goals and eight assists from last season likely to be hard to replace.

They have signed a replacement in Hee-chan Hwang from Salzburg, although the South Korean is unlikely to prove to be as prolific as Werner.

With Patrik Schick also gone following the end of his loan spell with the club, Leipzig may struggle to hang onto their place in the top three.

Top Three on the Cards for Monchengladbach

Borussia Monchengladbach finished just one point behind Leipzig last season, but look a good bet to reverse those placings this season.

With the likes of Yann Sommer, Matthias Ginter, Florian Neuhaus and Alassane Plea in their ranks, Marco Rose’s side boast plenty of talent.

Marcus Thuram can also be expected to shine, while new arrivals Hannes Wolf and Valentino Lazaro will be eager to impress.

Hertha BSC ended the 2019/20 campaign in 10th position, but hopes are high around the club that they can force their way into the top six this season.

German businessman Lars Windhorst has pumped millions of Euros into Hertha and he will be expecting a return on his investment.

Matheus Cunha and Lucas Tousart are amongst a plethora of exciting talents in the Hertha squad, while the signings of Alexander Schwolow and Deyovaisio Zeefuik have boosted their defence.

Bayern Fancied to Start with a Bang

Bayern should get their campaign off to winning start as they face Schalke on the opening weekend of the Bundesliga season.

The Bavarian giants have won eight in a row against Schalke and should have little trouble extending that run in their latest meeting.

Dortmund face a tough test at home to Monchengladbach in their season opener, but Leipzig should find things easier against Mainz.

Leverkusen look a good bet to start with a win at Wolfsburg, while Eintracht Frankfurt are banker material to see off Arminia Bielefeld.

Bundesliga 2020/21 Prediction: Bayern are expected to be unstoppable as they strive to win the title for the ninth year in a row.

Dortmund, Monchengladbach and Leipzig are fancied to complete the top four, with Leverkusen likely to just miss out.

Hertha’s expensively assembled squad should prove to be competitive and they should be in the running for a top six place. 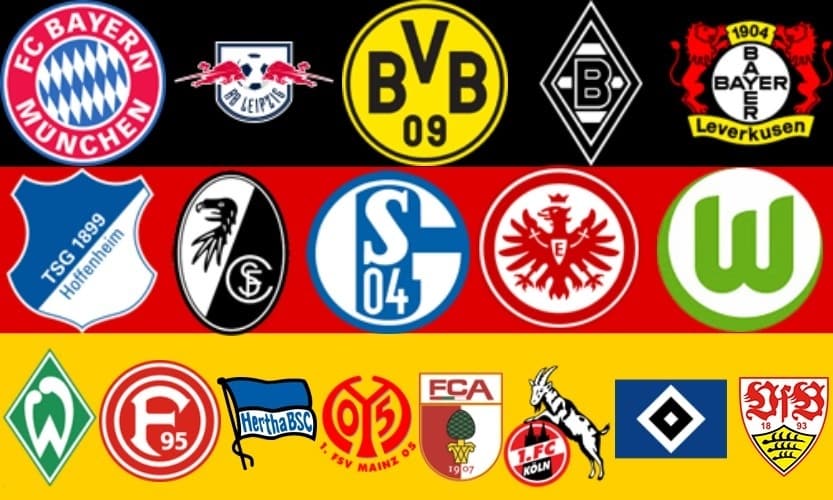