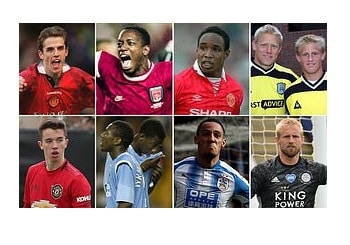 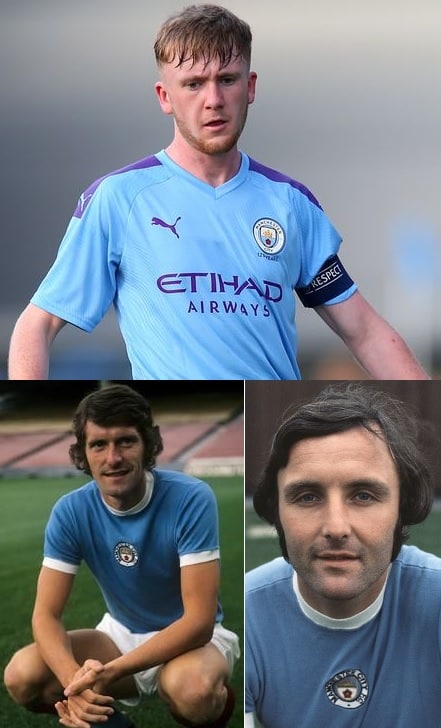 When Tommy Doyle made his Premier League debut for Manchester City, on July 8th 2020, v Newcastle United, he was keeping up a tradition of sons following famous fathers in the family business, And in Tommy`s case he was following in the footsteps of both his grandfathers; Mike Doyle and Glyn Pardoe who were both City legends.

One of the most famous of family connections is the Redknapp family. Harry`s brother in law is West Ham United icon Frank Lampard and son, Jamie, and his nephew, Frank Lampard, junior, both had distinguished Premier League careers. Frank is of course now establishing a pretty decent record as a Premier League manager with Chelsea so that really is a case of keeping it in the family.

But if you dig deep enough you will discover some serious totals of Premier League appearances collected by fathers and sons with, to be fair, most of the most famous of the pairings turn out to be the Dads. So, as in the old Miss World contests, remember them, in reverse order here is the countdown of the Top 12 father and son pairings and their Premier League appearances.

Paul was at one time Chelsea`s record signing when, in 1994, he joined Chelsea from Watford for £2.3 million. In his two years at Stamford Bridge Paul scored 13 goals in his Premier League appearances. His son, Darnell, has been at Queens Park Rangers since the age of ten and was given his Premier League debut by Chris Hughton, going on to make two further appearances in the season Rangers were relegated from the top flight, in 2015.

Gordon was the original Peter Pan of football as he did not make his Premier League bow until he was in the twilight of his career having been a serial trophy winner with Aberdeen and Leeds United. He was 35 when he played in the opening season of the Premier League, 1992-93, having captained Leeds to the last Football League Championship the season before. In 1996, after joining Coventry City in their annual fight against relegation he became the oldest outfield player in Premier League history before finally hanging up his boots aged 40.

Gavin never got anywhere near his father`s achievements as a player and managed just 14 Coventry appearances while Gordon was manager.

When Gus arrived at Chelsea on a free transfer from Real Zaragoza in 1997 no one had any conception of what a legend he would become. He won four trophies and helped Chelsea qualify for the Champions` League before moving across London to Tottenham Hotspur where he racked up another 82 Premier League appearances to reach a more than respectable 190 in all.

Diego`s career has stalled somewhat after he signed for West Ham in 2014 where he made just three Premier League appearances. He went out on loan to several clubs and currently plays for Cypriot club Pafos.

Steve Bruce had a very successful career at Manchester United as captain, helping them to three Premier League titles in four seasons as well as three FA Cup wins. The archetypal English no-nonsense centre half he will forever be lumbered with the sobriquet of being `the best defender never capped by England`.

Son Alex had to suffer, like some before him and several since, with accusations of nepotism, having played most of his career under his father. In fact ALL his 48 Premier League appearances came at Hull City and Birmingham City while Steve was manager.

Steve Potts was very nearly a one-club man. Apart from one season at Dagenham and Redbridge his entire career was spent at West Ham. Although regarded as a Hammer`s Legend Steve actually made half his club appearances before the Premier League began but he still topped 200 in the newly formed top flight. A very underrated defender Steve`s versatility worked against him but he still spent 17 years at West Ham.

Dan followed in father`s footsteps and worked his way through the ranks at West Ham signing a professional contract in 2011 but he had to wait two years for his only two Premier League appearances. He failed to impact on the first team and went out on loan before securing a place with Luton.

`Wrighty` was the record goalscorer for Arsenal until that record was broken by Thierry Henry in 2005. He scored 185 goals in his 288 Arsenal appearances and earned himself fourth place in the All Time Greatest Arsenal player list.

Bradley`s career was full of ups and downs. He made 32 Premier League appearances for Manchester City across two and a bit seasons before joining Southampton. After off the field problems he moved to the MLS where he became the fastest player to 100 goals in Major League Soccer history earning the accolade of having his number 99 shirt retired in tribute.

Total Premier League appearances 310 * ( at the time of writing )

Jack becomes the first son to exceed his father`s Premier League appearance record, and by some margin although to be fair Alan, he of `The Crazy Gang` era only played in the first two seasons of the newly created top flight. Starting at Chelsea Jack moved on to Southampton in 2011 and in 2012 played for Great Britain in the London Olympic Games. He joined Burnley, his current club, in 2017. His form at Turf Moor won him England recognition that campaign, against Germany. Still only 31 he has time to add both caps and Premier League appearances.

A mainstay for Newcastle in the early Premier League years Rob almost helped Newcastle to the title on more than one occasion. He won 21 caps for England and a move to Derby County, in 2002, saw him add 13 appearances to his Premier League total.

Elliot Lee is another West Ham youth product who failed to make the grade – I see a trend here. He made two Premier League appearances, as a substitute, in 2014, before a series of loans took him away from Upton Park.

Serious territory moved into now. Although he was only at Arsenal for three seasons, the first three Premier League campaigns Kevin won every domestic honour before moving to Nottingham Forest. Not many people know that he was such a hot prospect as a youngster Real Madrid offered £100,000 for him when he was just 16. After a spell in Turkey Kevin returned to join Everton, where he spent his longest spell as a Premier League player. He is fourth in the list of all-time Everton Premier League goal scorers and holds the record of being the top English goalscorer in Premier League history, never to win an international cap.

Tyrese joined Stoke City from Manchester City in 2016 and made just four substitute appearances as the Potters were relegated from the top flight. Still just 20 he is showing his ability as a striker trying to keep Stoke in the Championship. He has many admirers and is almost certain to add to his Premier League appearance total sooner rather than later, at another club.

After winning two Premier League titles with Manchester United Paul became one of the few players to play for United and their bitterest rivals Liverpool – after a spell with Inter Milan. He had one season with Wolves which saw him extend his top flight career into his late 30s.

Tom had skill, talent and much more technical ability than his father and seems to have spent his career bouncing between the Championship and the Premier League. He played 33 times for Huddersfield and helped them avoid relegation his 15 other top flight games being at Crystal Palace and Hull City. 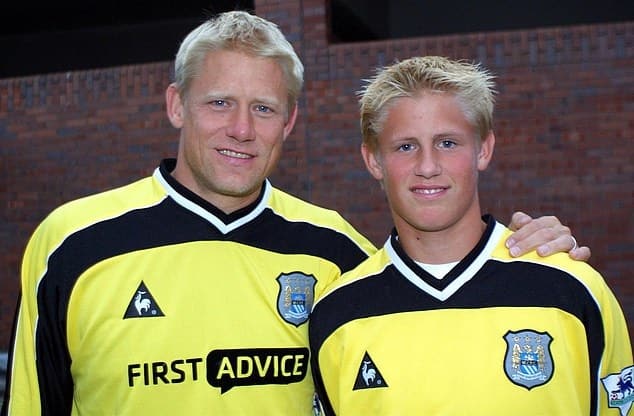 Total Premier League appearances  518 * at the time of writing

Still a bairn, in goalkeeping terms, Kasper is well on track to not only exceed his father`s Premier League appearance record but when he does he will take the father and son total past the current number one pairing.

Peter is widely acknowledged as the best goalkeeper in Premier League history. He was a serial trophy winner with Manchester United, including the Champions` League and five Premier League titles not to mention the 1992 European Championships with Denmark.

Kasper started his career across Manchester at City but only made eight Premier League appearances. He eventually joined Leicester City, in 2011, and won promotion to the top flight with them in 2014. Two years later he helped Leicester to perhaps the most incredible Premier League title to date, playing every single minute of a season which will probably never be repeated. 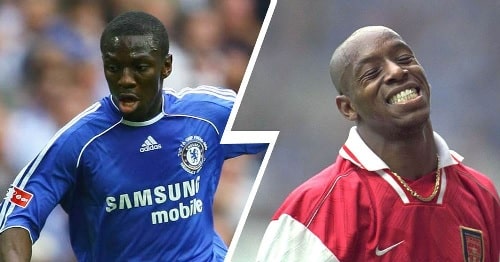 The top father and son pairing for Premier League appearances is Ian Wright and his other son, Shaun Wright-Phillips.

Ian made a total of 213 Premier League appearances but Sean is streets ahead with more than a hundred more, 315, to be the `son` with the most Premier League appearances on this list. Sean also spent 13 years of his sixteen year career in the top flight, with Chelsea, QPR and two spells at Manchester City. He also won 36 England caps, four more than dad and, along with the Schmeichels, Ian and Shaun are the only father and son `combo` to have won the Premier League