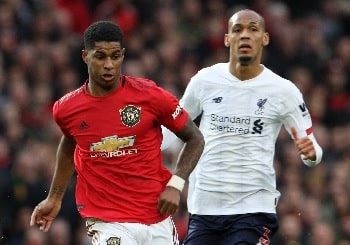 The Premier League has never been one to shy away from tunnel bust-ups, bad-blood between managers, and fierce match-ups. If anything, these are the features that have shaped the beautiful league into what it is today.

But while the fierceness of the league is always reflected in each of its match-ups, the real face of the beast comes to the surface in the rivalry matches. That is, matches between clubs that an unhealthy history together. Talk of the dressing room “Pizza saga” between Sir Alex and Cesc Fabregas, the on-pitch brawl between Roy Keane and Patrick Viera, or the war of words between Arsene Wenger and Jose Mourinho?

Let’s just say the Premier League is the home of intense rivalries. And for bettors, following the Mazda Link vào Bong88 to bet on Premier League games is never as great as on a day of a rivalry match.

That said, here are the fiercest of rivalries the Premier League has got to offer.

Clashes between the Gunners and the Red Devils have always drawn magnificent hype and passion, both on the pitch and within the stands. Back in the late 1990s into the early 2000s, the two were the last remaining dominant forces in English football, and as such the rivalry grew stronger during these periods. Back in the good great days of Arsene Wenger and Sir Alex, the matches between these two giants were filled with drama, and heartbreaks because of what was at stake at the time – anyone who emerges victorious would eventually go on to win the title.  This made any encounter between the two a do-or-die affair.

Matches between the Red Devils and their noisy neighbors have developed into one of the biggest fixtures in the English top-flight division. The Manchester Derby, as it is popularly known, is one of the fiercest local derbies in England. The early history of this clash was, however, dominated by Man Utd before the Cityzens were infused with money in the mid-2000s. The rivalry between the two clubs from Manchester was formed during the Victorian times – but has never been fiercer than it is today.

The Manchester United vs. Liverpool rivalry, which is also renowned as the North West Derby, is a high-profile inter-city clash between two of England’s most successful sides. The fierce competition between the two great sides goes beyond mere on-pitch rivalry, as the two cities have a rivalry between themselves. This is one of the biggest matches in the association of world football, and any match between these two sides is considered in the same vein as the El Clasico in Spain, Derby della Madonnina in Italy, and is also considered the most famous fixture in English football.

Many people will tell you this is the match to look forward to every season. The rivalry between the Blues and the Gunners hasn’t been stoked by their recent clash of ambitions, but also based on their geographical locations too. Before the arrival of Roman Abrahimovich, Arsenal were often the better side in this fixture, and also the greatest side in London. But upon the arrival of the billionaire, the tables turned, and Arsenal ceased to be the ‘pride of London.’ It is one thing to achieve more than your rivals, but when you do it by usurping them in the process; it further fuels the tension between you two.

Are you a big lover of the game? Then it’s time to whet your appetite again as the two present biggest giants of English football take to the pitch. This wasn’t always the most entertaining fixture in a Premier League season, but money, time, and fame have changed proceedings, and for the past couple of seasons now, both the Reds and the Cityzens have dominated every other side in the division. From edging Liverpool to the title in 2014 to breaking the heart of the Reds again in 2019, City have established themselves as Liverpool’s main adversary. Every fixture between the two, whether at Anfield or Etihad, has been approached with every sense of thrill and intensity.

The North London derby, as it is popularly called, is the name given to the fixture between Arsenal and the Lilywhites. This is, without a doubt, one of the fiercest local rivalries the game has ever experienced. The enmity between them is well-documented and their respective leaders make this obvious too. In fact, in a recent interview granted by former Arsenal transfer negotiator, Dick Law, he declared that the Gunners had to keep the news of Ozil’s signing away from Spurs, in order for them not to halt it by delaying Bale’s transfer to Madrid that season. Such is the distaste they have for each other!

In conclusion, there are still many more rivalries that couldn’t make our cut, but that doesn’t take away the fact that they’re games to watch every season, such as the Merseyside derby (Liverpool vs. Everton).

However, the few we’ve mentioned are certainly worth looking forward to come a Premier League season. So if you’ve been missing any of them for any reason before, now may be the time to adjust your schedule to fit the dates of these games because they’re matches to die for. 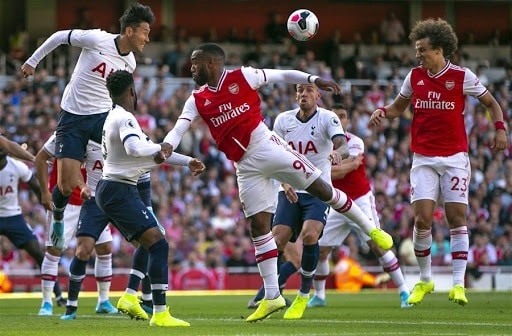