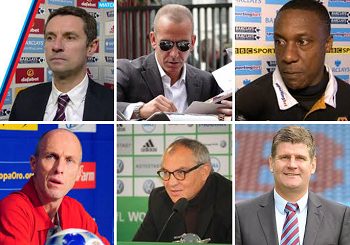 Some of the best managers that have walked the earth coached in the Premier League. But the truth is that not all Premier League managers have been successful.

Going through 10 years of the English Premier League from 2010 to 2020, we’ve succeeded in coming up with a list of the 7 worst managers that have ever coached Premier League teams. During the course of the review, we found out that we never lacked names because there are many of them out there. We hope you won’t get offended when you see a one-time manager of your favorite club or even your favorite manager in the list? Well, the good news is that no club has a monopoly of this experience, as our review found out that a lot of clubs are represented here. You can actually bet on the next managers that you think will be sacked and that makes this even more interesting. Even though the majority of football in Europe is on hold, including the premier league, betting sites are still doing their best to offer as many markets they can.

This was the first German manager to grace the premier league. He took over the reins at Fulham in 2014 when the team was already in trouble. Because of that, 1 point a game that would have kept a stable team up did them no good. During his spell, Magath succeeded in taking Fulham from the 20th position to the 19th position, improving from 20 points in 26 games to 32 points in 38 games. This was obviously not enough, as Fulham needed a serious leap. But his major sins include the fact that he left their record signing Kostas Mitroglou on the bench and fielded Dan Burn at the full-back position. In that game, Burn was so tormented by Oussama Assaidi, he had to plead with him to swap wings with another player. So, how on earth did he convince the coach to field him instead of a record signing? He also proposed quark cheese as a treatment for Brede Hangeland’s thigh injury, and even sent their kit man to go get those at Tesco, with a well written shopping list, funny right. He made the club regret why they sacked Rene Meulensteen.

He came to Swansea and focused on scoring goals alone without defending them, and that was his undoing. In his first match, Swansea played out a 3-2 loss to arsenal. In the coming games, they scored 5 goals against crystal palace and 3 against Sunderland. In his 11 games in charge, they scored goals in 8. But he only had 11 games to rescue himself and he failed. In those 11 games, they shipped in 29 goals, and that was looking like a team that would gulp more than 100 goals in one season. Maybe, he would have set that record if he stayed on because it has never happened. It was an average of three goals per game for him.

This coach needs to be pitied. He came to Aston Villa that had lost their last 7 games in the premier league. That was a club record they held there. They were able to garner four points only from their last 11 games before he took over. He couldn’t sign any new players in the mid-season and his efforts to get the French players to see more action was met with criticisms. This was probably because the team was hitherto full of English players, and he was altering that. He went on to guide them to 20 games, with 12 goals, 12 points and 12 losses. Jordan Ayew was their top scorer and he had just 3 goals. They lost 11 consecutive games and ended the season with 17 points.

He took over in January 2010 when Owen Coyle left for Bolton. Under his watch, Burnley played 18 premier league games and lost 14 of those. They got one of their victories against a weak and overstretched Spurs at the last day of the campaign after Spurs had sealed their Champions League place and had no need for the game, and they were already relegated.

There are two things that Canio did well in Sunderland as a manager between 2013 and 2014. He beat Newcastle 3-0 and succeeded in keeping the team in the league. He stopped managing at the age of 45 after his biggest role, and that tells you something. His reign was always controversial. His fascist views pitched him against supporters of the club, and made the vice chairman to resign. He met the club at 16th position and took them down to 17th by the end of the campaign. The players complained that he was abusive and he was sacked in 2014.

Many people say he was given a job that was above him. But no matter what, garnering just 4 points in 13 games is a disaster for even a rookie. He manned wolves’ 2011/2012 season. Although he started fine by coming back from 2-0 down to draw 2-2 at Newcastle in his first game in charge, he went ahead to witness a 7-game losing streak. He drew 3 and lost another 2.

He managed Blackburn for one year and nine months from the 2010/2011 season. He sent the team to relegation. He was always fighting his predecessor Sam Allardyce, named him as a crook, and lost a game with no shot at all – not off target, not on target. Rovers hated him for giving up a cup quarterfinal game against championship’s Cardiff to focus on a cup final. Cardiff later went ahead to play the finals of that competition against Liverpool in Wembley.