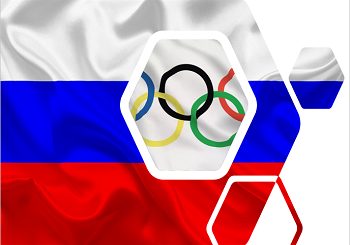 Article: Russia and Doping – The Facts Behind the Headlines

Last year, the World Anti-Doping Agency (WADA), the world’s top anti-doping authority, banned Russia from the Olympics and world championships (notably the World Cup) after it was found to be manipulating laboratory data.

WADA confirmed that fake evidence had been planted with files linked to positive doping tests that could have helped identify drug cheats being deleted. Russia has appealed WADA’s decision with WADA President Craig Reedie saying his agency will defend it with the “utmost vigour.”

Although there is a ban, some athletes may still be able to compete if they can prove they are not implicated or affected by the incident which ultimately led to the ban. The WADA sanctions mean the Russian flag won’t be displayed at the Olympic and Paralympic Games of 2020 and the football World Cup in 2022, among other global sporting events.

The ban will last four years, with The New York Times saying it’s the “most severe punishment yet connected to a years-long cheating scheme”.

This comes four years after details of a conspiracy at the 2014 Sochi Olympics were made public, and just months after revelations of a failed Russian cover-up involving manipulation of test results, The New York Times reports.

Russia has been linked to doping in sports since 2015. We take a look at how the country has reached this point of a ban.

Russia’s Olympians are not the only sportspeople to use doping to enhance their performances; it has been acknowledged as an issue since the 1960s. While it’s most prominent in athletics and cycling, football has also faced a doping scandal. The Mirror last year reported that 11 Premier League stars, despite testing positive for performance-enhancing drugs, were cleared to continue playing by the FA.

This was because it was argued they were taken for medical purposes. This could be an indicator that doping is more of an issue in football than what is expected.