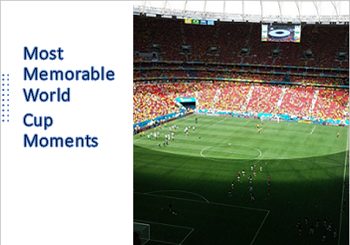 There have been many memorable moments in FIFA World Cup history over the decades. As you eagerly await the Qatar World Cup to come around, here is a look back at four never-to-be-forgotten footie moments.

The youngest footballer to have scored a goal at the World Cup is Pelé. The Brazilian, who has since become known as arguably the greatest footballer of all time, was just 17 years old when he played for his national side in the 1958 World Cup in Sweden. Pelé scored six goals throughout the tournament, including two goals in the final against hosts Sweden. The final score was 5-2 to Brazil.

Also, strangely enough, while Pelé was the youngest player to score a goal in World Cup history, in the same match, Sweden’s Nils Liedholm became the oldest goalscorer in a World Cup final, at 35 years of age.

You may have to wait a while yet, but you are no doubt eager for 2022’s Qatar World Cup to come around. To keep up-to-date with all the latest 2022 World Cup news, and catch all the action of any sports in real-time, you can use the fantastic Casumo Sportsbook. The latest Casumo sports odds will also be readily available. 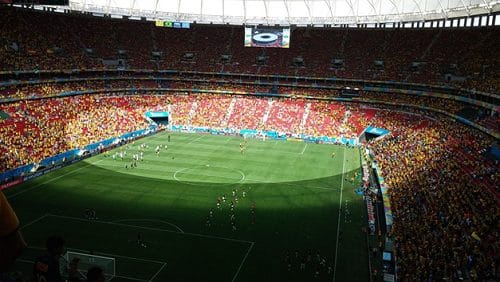 The 2006 World Cup final in Germany saw Italy and France vying for the title. At the end of the 90 minutes, the score was a 1-1 draw, so the game went into extra time. Trouble started brewing after Italian goalie Gianluigi Buffon made a superb save from a shot by France’s Zinedine Zidane. As Zidane and Italy’s Marco Materazzi jogged up the pitch, they briefly exchanged heated words after Materazzi pulled at Zidane’s shirt. Zidane started walking away, but then he suddenly stopped and turned around. He headbutted Materazzi’s chest, causing the Italian to drop to the ground. The ref issued Zidane with a red card in the 110th minute. After extra-time produced no goals, the match went to a penalty shootout, which Italy won 5-3.

The Hand of God

One of the greatest controversies, and therefore one of the most memorable moments in World Cup history, is undoubtedly Maradona’s “hand of God” goal at the 1986 quarter-final between Argentina and England in Mexico.

Six minutes into the second half, with no match goals yet scored, Maradona cut inside from the left and played a low diagonal pass to Jorge Valdano, but it reached England’s Steve Hodge instead. Hodge then miscued his hook and the ball looped off his foot and raced towards Maradona in the penalty area. England’s goalie Peter Shilton moved out of his goal to hit the ball clear. Maradona reached the ball first, though. He hit it with his left hand, and it bounced into the goal. The referee did not see the handball and allowed the goal. That led to an uproar during and long after the match. Argentina won the game 2-1, which made the goal even more insulting for the England squad. But Maradona did score Argentina’s second goal, which is considered one of the greatest goals ever put in the back of a net. After the match, Maradona said the handball goal was scored with a little of his head and a little with the “mano de Dios”. Thereafter, the incident became known as The Hand of God.

For any English football fan, one World Cup moment will always be more memorable than any other: the one and only time England won the World Cup. Played at Wembley Stadium in London, the game resulted in England beating Germany 4-2 after extra time. The match is also warmly remembered for Geoff Hurst’s hat-trick, which still holds the record for being the only hat-trick scored at a World Cup final. 32.3 million viewers tuned in to watch the televised final, making it the most-watched television event ever in the United Kingdom.