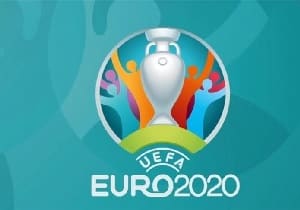 I don`t want to tempt fate and wouldn’t normally mention what I am about to but then Gareth Southgate came out and echoed my thinking so here it goes. The England manager said England have a good chance of winning Euro 2020 and I have a similar feeling to the one I had way back in 1966, know what I`m saying. Things are particularly optimistic because not only will England play all three group games at Wembley their trophy target is further incentivised  by the semi-finals and Final being at the National Stadium too. Throw in an England squad teeming with quality AND hunger and all England fans are relishing next year`s multi-venued competition.

On the downside, however, is the incomplete draw which has to wait until before the competition proper with the completion of  the play off routes that will provide the remaining nations for groups C, D, E and F. The draw that took place in Bucharest threw up some cracking groups and some cracking fixtures within those groups.

Italy are the obvious stand-out favourites to top this group having won all of their qualifying games. It`s the prospect of who finishes second that intrigues the most. Ryan Giggs, Gareth Bale and co were licking their lips at the draw that put them in Group A. However Turkey may have a bigger say than would normally be the case because they beat World Champions France and drew with them so they may prove Wales` severest threat in looking for second place behind Italy.

Even Switzerland cannot be discounted as they are more than capable of getting a result against any of the other group sides.

My prediction for the top two is Italy and Wales. Ryan Giggs has so much raw, exciting talent such as Daniel James,  David Brooks and Harry Wilson balanced with stellar Gareth Bale and the very under-rated Joe Allen. I think the Welsh could surprise everyone, including themselves

Italy and Wales to qualify

Another group that has two obvious contenders but a group where there could also be a surprise. Belgium are finally realizing how good a squad they have but they are also realizing that they aren’t getting any younger and they have to deliver sooner rather then later. Although the squad is teeming with top talent they do have an Achilles heel in the goalkeeper position. Courtois has not been the number 1 that either his country or Real Madrid hoped he would be. They may well face Euro 2020 on the premise they can outscore any team so conceding the odd goal won`t be too much of a hardship unless, it`s against the likes of Germany or the Netherlands.

Denmark I would class as just the kind of team that could do what Iceland did in 2016. In Simon Kjaer they have one of the best defenders in world football, in front of one of the best goalkeepers Kasper Schmeichel, and a world class midfielder in Christian Eriksen.

Finland are making their debut in an international tournament and they will love it. Pukki is the name everyone is talking about and a true striker in every sense of the word AND the type of player who can win any game in a heartbeat.

Russia showed in 2018 how well they can play so there will be no easy games in this group.

I think Belgium and Denmark will top the group but have a sneaking feeling that if the Danes lose to Finland it could be even more joy for the Finns.

Belgium and Denmark to progress, maybe.

Netherlands, Ukraine, Austria, Winners of Path A or D

I think a resurgent Dutch team will be the team to watch next year. They have some outstanding young talent playing in Europe`s top leagues and in Virgil van Djke they have the best central defender on the planet.

Ukraine and Austria will battle out for second place although I think Kosovo, who so impressed against England recently, will not only be the play-off team to get through into the group they are more than capable of snatching second place. They are a neat, expansive and incisive team who remind me a little of Croatia when they first came to prominence. If they do half as good as Croatia they will be a force to be reckoned with.

Netherlands and, sticking my neck out here, Kosovo

A case of de ja vu for Gareth and the boys. The national team got some kind of pay-back against their World Cup conquerors in the UEFA Nations League and we all know how the team fared against the Czech Republic. However, the defeat by the Czechs was down to individual errors and I venture to suggest there won`t be too many games where two happen in the same fixture, again.

England should win this group especially with the advantage of playing their games at Wembley. So much depends on their opening game against Croatia. A win would put them in the driving seat. Anything else and there will be a lot of nail-chewing. I`m sure England are relishing Croatia more than they are looking forward to England.

England and Croatia to go through

Spain, Poland, Sweden, Path B Winners – ** I go for Serbia

Spain should top this group and I think the winners of the Poland v Sweden game could join them. That will almost be a mini-final and I am going for Serbia to emerge from the play-off route. In Alexsandar Mitrovic Serbia have one of the most underrated strikers in European football. His attitude is spot on, staying with relegated Fulham reinforced that, but he is also a predatory striker who never gives up. If, as I expect Serbia emerge from the play-off route I think they would have a good chance of at least being best placed third-place candidates and maybe even second in the group. Amazingly Mitrovic is still only 25 and in his 55 appearances for his country he has scored an impressive number of goals, 34.

Spain and Serbia to go through

I refuse to label this group as everyone else has, very unoriginally. I prefer to say that a reborn Germany, World Champions France and European Champions Portugal should all go through. However, I`m not sure any of those three would have the mind-set to be satisfied with going through as  BEST THIRD PLACED.

Germany are on the up after several years in the Doldrums. France are hit and miss although they have enough young talent to surprise any opponent and Portugal, despite having some impressive young talent are still heavily reliant on Ronaldo

I expect Iceland to get through the play-offs but don`t expect they, or any other team from the four contenders in the play-offs, to trouble the Big 3.

Germany and France to top the group, Portugal to be third. 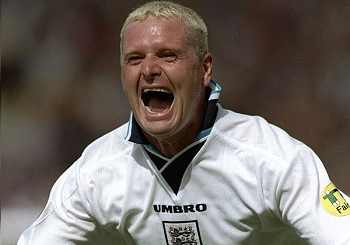 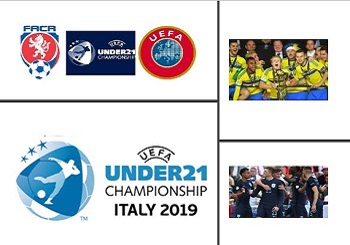 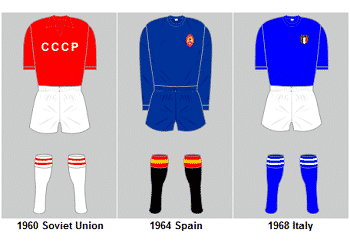 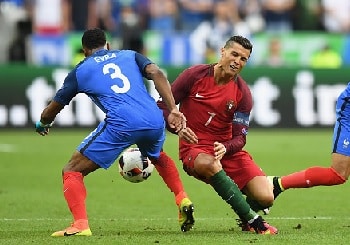