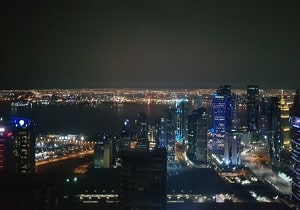 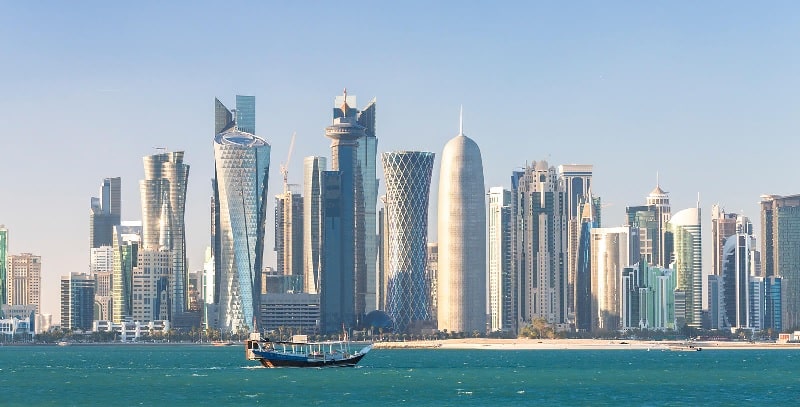 First impressions of Doha did not disappoint. Arrival was a breeze, the city is impressive, and the spirit of devoted football fans from all around the world is palpable. Aside from sports, the entertainment, activities and culture of Qatar is something to be experienced.

Arriving at Doha International Airport is unique. It must be one of the most advanced airports in the world. Everything is spotlessly clean and navigation for visitors is simple – signage is clear in both English & Arabic and the architecture is simply amazing.

Passing through passport control is a fairly simple process. Although the airport was very busy with incoming flights, it took no more than a few minutes to complete the formalities of border control.

There were dozens of fans flying in supporting the Tunisian Club Esperance for the FIFA Club World Cup, and even a few from Brazilian club Flamengo.

After leaving the terminal, there are plenty of transport options to the city centre. Aside from the new Metro underground, taxis are plentiful and reasonably cheap, with a ride to the city setting you back approximately 60 QAR (approximately $15 USD). I would recommend this route, as the ride along the Corniche to the hotel offered a great opportunity to see the famous Doha skyline illuminated at night. Skyscrapers are springing-up in every available space in a wide variety of architectural styles.

Our hotel was situated in the West Bay area, which really looked like a scene straight out of science fiction movie. Comfort and familiarity are abundant in the area, as all major hotel chains like Hilton, Marriott and Crowne Plaza are represented.

The staff are international, very welcoming, and efficient with English being the main language. Our breakfast was impressively comprehensive and offered beef bacon and beef sausages instead of pork, respecting local traditions and customs of food consumption.

The weather for the 2019 FIFA Club World Cup is projected to be the same for the 2022 FIFA World Cup Finals. Currently, they are ideal conditions for playing football – a high of around 25 degrees Celsius during the day and a nice 18 degrees Celsius in the evenings (when most games will be staged).

Overall, our first impressions of Qatar have been positive and pleasantly surprising, with the country’s aim for innovation and efficiency manifesting itself in accessibility and beauty of the city centre.