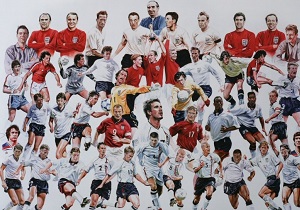 England are the first team in the world to reach 1,000 full international football matches, with the Euro 2020 Qualifier v Montenegro at Wembley Stadium on Thursday 14th November 2019. Scotland, who were England`s first opponents in 1872, lag a little way behind because, simply, England have fared better in international tournaments and have therefore played more games.

There were some unofficial fixtures between the two sides before the first international but the first recognised game took place on a wet, blustery Glasgow day, almost exactly 147 years ago, November 30th 1872, at Hamilton Crescent, Partick. It ended 0-0. CJ Ottaway was England`s very first international skipper, the first of 122 players to lead the England team. He only made two appearances for the national side but was captain in both. Cuthbert`s second cap came in the third international, also against Scotland. Indeed, the Scots were the only opposition available to England in those days, unlike today, when England face various football nations every year much like when a person can choose from various web hosting services when setting up their website online.

It was not until 1879 that Wales took to the international stage, losing to 2-1 England at Kennington Oval. That was quite a day for England player William Clegg who arrived 20 minutes late for the game because he was a solicitor and he was working on his papers for the trial of notorious burglar and murderer Charles Pearce.

There were many players in the early days who only played one game. CW Alcock, who became famous for establishing the FA Cup, which also began in 1872, was one such player and the original one-cap wonder. Alcock not only captained his country on his one and only international appearance, against Scotland of course, March 6th 1875, but he also scored in the 2-2 draw, the first England captain to do so.

James Prinsep was another one-cap wonder when he played in April 1879. Prinsep was the youngest ever England international at 17 years and 252 days. That record stood for nearly 124 years until Wayne Rooney debuted against Australia in February 2003. The game in which Prinsep featured, a 5-4 win over Scotland, is also memorable for the first time England benefited from an own-goal. A long throw from Norman Bailey was helped into the goal by Scotland `keeper Robert Parlane. It proved the decisive goal.

The early years of England`s international history was jam-packed with firsts and oddities. Rabbi Howell was, and thus far is, the only full-blooded Romany to play for England. As a Sheffield United player he won the first of his two caps, and scored, in March 1895 when England thrashed Ireland 9-0 at Derby County Cricket Ground.

And it was Derby County legend Steve Bloomer who scored England`s 200th international goal with the first of his five in the 9-1 victory over Wales at the Arms Park, Cardiff in 1896. It had only been 25 games since England racked up their 100th goal. Although England began their international journey back in 1872 it wasn’t until 1908 they played foreign opposition, in Vienna, where Austria were beaten 6-1, on June 6th.

Peter Shilton holds the current record for the most-capped England player but spare a thought for the footballer who had the shortest England record, for a player starting a game, Jim `Tiny` Barrett. Standing a shade under six feet tall `Tiny, of West Ham United started the Goodison Park international against Ireland, on October 22nd 1928, but was carried off after sustaining a fourth minute injury. It was his only cap.

Fortunately he recovered to enjoy a 16-year career with the Hammers. Ten years later came England`s fastest-ever hat-trick, a record that still stood 81 years later. Willie Hall rattled in three goals, in the 7-0 win over Ireland, IN JUST 3.5 MINUTES. All his goals came between the 34th and 38th minute mark.

Willie Hall played for Tottenham Hotspur and it was another Spurs legend who wrote his name into the record books, Bill Nicholson. On May 19th 1951 Bill scored his first goal for England, on his debut, in the 5-2 Wembley win over Portugal, JUST 19 SECONDS AFTER KICK-OFF. It was Bill`s only international goal. It was his only England cap. Another Spurs icon, Jimmy Greaves, played more times for his country and scored more. Fittingly Jimmy was the player who scored England`s 1,000th international goal, against Wales in a 5-1 Wembley win on November 23rd 1960.

Norman Hunter earned fame, or is it infamy, as a no-nonsense tackler, for Leeds United and England, that earned him perhaps the greatest nickname in football. `Bites yer Legs` also earned a place in the record books on December 8th 1965 when he came on as a substitute for Joe Baker in the 2-0 win in Madrid against Spain. Norman became the first player to earn his first cap, as a substitute.

England`s World Cup win in 1966 was the 409th international for the national side. We have waited 590 games, and counting, for another trophy although England did reach the World Cup semi-finals in 1990 and again last year. Many of the crop that took us to within a whisker of silverware in Russia are still part of Gareth Southgate`s fold.

Harry Kane, England`s current skipper, began his international career as recently as 2015 and it was another record night for England as well as a memorable one for the Tottenham striker. England beat Lithuania 4-0 at Wembley on March 27th.

Wayne Rooney became the first England player since 2010 to hit the frame of the goal twice in the same game and Kane`s international career began with numbers and a goal. He had to wait 7 minutes on the touchline before coming on as a substitute for the aforementioned Rooney but he scored within 79 seconds so that was okay. The game was also significant for England because it meant a record best start to a season of seven wins out of seven.

Who knows if Gareth Southgate will add to the 1,244 players who have worn The Three Lions, against Montenegro. What is known is that of those 1,244 players the region of this country which has supplied the most internationals is, the north west; 283, nearly 100 more than second placed London with 197. Last time out, v Bulgaria, Tyrone Mings became the 1,244th England international BUT the first to be born in Bath. 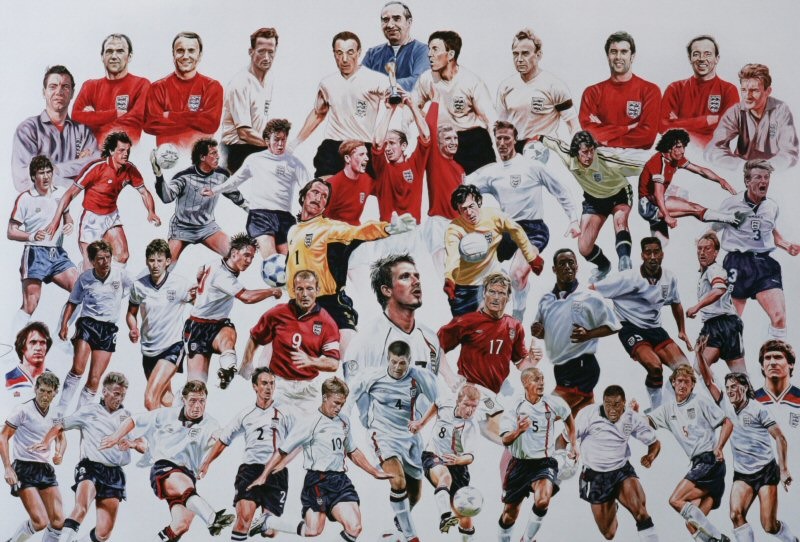