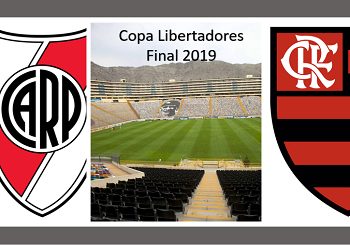 Two of the biggest clubs in South America will head to Estadio Monumental in Peru to vie for glory in the Copa Libertadores final on Saturday. Brazilian champions-elect Flamengo destroyed Gremio in the semi-finals and they remain in formidable form as the big game approaches. They face a River Plate side that will be surging with confidence after battling to a thrilling victory over arch-rival’s Boca Juniors in the semi-finals. It promises to be a fascinating contest between two giants of the South American game, and it really could go either way.

River Plate are the defending champions of the Copa Libertadores after they vanquished Boca Juniors in another pulsating game last year. Yet they are the underdogs in the betting odds on this game. Both teams were assigned similar odds when they reached the final, but Flamengo have been the most popular choice among bettors. They are now the favourites to win the game, while River Plate are clear outsiders.

Flamengo have not won this tournament since 1981 and it is a decade since they were last crowned champions of Brazil, so these players are not accustomed to lifting trophies. However, the shortening odds on Flamengo are a reflection of their superb domestic form. They have won four of their last five games to open up a 13-point lead at the top of the Serie A table, and they have not lost in any competition since early August. That unbeaten streak now stretches to a remarkable 25 games, so Flamengo should be absolutely teeming with confidence ahead of Saturday’s final.

River Plate’s form has not been quite so impressive. They are only one point behind league leaders Boca Juniors, but they suffered a surprise home defeat to Rosario Central in their last Superliga game and that might spark cause for concern among some fans. Yet River Plate do have some special players in their ranks. Ezequiel Palacios is a fantastic playmaker despite his tender years, while Ignacio Fernandez and Nicolas De La Cruz are playing so well in advanced positions that talented stars like Juan Fernando Quintero cannot get in the team.

Lucas Martinez and Javier Pinola blend youth and experience well at the back, and Rafael Borré is a dangerous striker. River Plate also have crucial knowledge of how to get the job done in a big final like this. They were under immense pressure against Boca Juniors last year and they passed the test with flying colours.

Yet they will really have their work cut out as they strive to contain Flamengo’s brilliant striker Gabriel Barbosa, who cannot stop scoring this season. He has blazed a trail of destruction across Brazil and he has also impressed in Copa Libertadores. He is an excellent finisher, but he is also full of tricks and he might cause River Plate’s defence plenty of problems in the big final.

Flamengo are by no means a one-man team. Giorgian De Arrascaeta and Bruno Henrique have both excelled this season, while 17-year-old prodigy Reinier looks like a magnificent talent. Flamengo generally concedes around a goal per game, but they have been on fire in front of goal and River Plate will need to remain disciplined and compact at the back if they are to see off the considerable threat they pose.

Gremio held them to a 1-1 draw in the first leg of their semi-final clash and then came totally unstuck when they tried to play with more ambition in the second leg. It finished 5-0 to Flamengo, courtesy of a brace from Gabigol and strikes from Henrique, Pablo Marí and Rodrigo Caio.

It promises to be a brilliant contest and a fantastic advertisement of everything that is great about South American football. Last year was an all-Argentinean affair, but it is nice to see the two dominant countries on the continent have a representative at this year’s final. Flamengo have easily been the best team in Brazil over the past year, while River Plate’s dominance over Boca Juniors ensures that they are the big dogs in Argentina right now, so it really will be an epic showdown to decide who is the best team in South America. Excitement will continue to mount in the build-up to the game and it promises to be an open, entertaining affair.