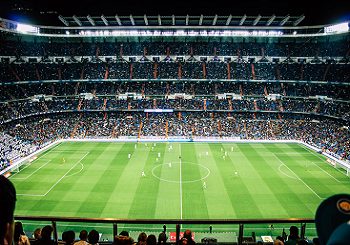 Why Isn’t Football Popular in United States of America?

Football is one of the most popular sports in the world, with it’s popularity stretching across continental Eurasia to the whole of the Americas and the game being played in just about every country on the way. The FIFA World Cup is watched by around half of the world’s population, with over 3.5 billion people tuning in. Last year the final of the competition alone attracted more than a billion viewers, which is more than the population of the last two contenders, France and Croatia. Despite this almost universal love for the beautiful game, football (or soccer, as they prefer to call it) has not been able to make much headway in the United States.

In England, football is the most played and watched sport. The Premier League is the top flight of domestic football, while English teams partake in European competitions that are organised by UEFA. All teams in the first 10 tiers of the country’s football pyramid compete in the FA Cup, although it is of course dominated by the leading professional teams. Betting on football games is also very popular in England, with a popular workplace discussion being about football tips and predictions. Traditionally, the “football pools” was a popular past time, with a local representative going door to door collecting each person’s entry form and payment. Nowadays, bets are placed on mobile apps, with in-game wagering and accumulators proving to be popular options.

Despite the close economic and cultural ties between the United Kingdom and the United States, why hasn’t football been adopted by the Americans like many other British exports are?

During the 19th century, football was going through a period of transition, with several “codes” of the sport diverging from the original rules of association football. This resulted in the creation of rugby football, Gaelic football, Australian rules football, and American football. The development of the rules of American football began in US colleges, where a disagreement occurred as to which set of rules they should play to. Before this, games were hard to schedule between the different educational establishments as they each played to different rules.

Eventually, most decided that association football would be the way forward, but Stanford refused, wanting to play a rougher version of the sport. As a compromise, a version of rugby’s rules was agreed and over time these evolved into gridiron football (or American football as it is more commonly known).

No Room for Soccer

One of the main reasons for football not being popular in the United States is there simply isn’t room for it. The NFL attracts over 100 million viewers each year, while the other major leagues (NBA, NHL, MLB) each attract around 30-40 million. There is a lot of competition for the attention of sports fans, so “soccer” just doesn’t fit in the mix.

Perhaps the most influential reason as to why football doesn’t fair as well in the US as it does elsewhere, is that it is less attractive to sponsors. Football games last for 90 minutes (plus stoppage time, etc), and are split into two halves. During the 45 minutes of gameplay there are no ad breaks, meaning there is less opportunity for TV broadcasters to bring in ad revenue.

There are many reasons why football is not popular in the US. It began back in the 1800s when US colleges shunned association football to create their own version and has continued through to today. American culture does not really place much emphasis on the sport, so less people watch it. Football is also less friendly to sponsors, so ad revenue will instead flow towards other sports where there are more ad breaks, and more people watching them. This in turn makes those sports bigger, and the cycle begins again.