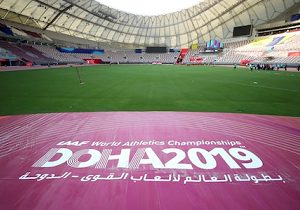 When Seb Coe talks athletics the whole world let alone the world of athletics tends to listen. So when the head of the IAAF says, at the conclusion of the World Athletics Championships in Doha,

“The best we`ve ever had in terms of athletic performance.”

You have to kind of go along with that. Of course the negative perspective will apply when the areas of empty seating are brought up, for instance, but professional athletes, at that level of competition, who do respond to enthusiastic atmosphere are also focused enough to shut out any negativity and direct all their physical and mental effort to the run, jump or throw they are engaged in.

“Our sport is in pretty good shape.”

And if you pick out some of the stellar moments in Doha you understand that he is right and quite right to concentrate on performances on the track and in the field.

The land, sea and air blockade of Qatar, part of the on-going political pressure on the oil-state by its, and talking in geographical terms here, near neighbours must have had a significant affect on people travelling from all over the globe to what was, after all, a WORLD championships. But from a sporting perspective the games were a huge success.

Of course the United States, as expected, finished top of the medals table with 29 in total, 14 of which were gold and 18 more than second placed Kenya. American sprinter Allyson Felix eclipsed the record medal haul of Usain Bolt by winning her 12th title, in the 4 x 400 mixed relay, and her 13th, in the Women`s 4 x 400. All the more incredible because she did so just 11 months after giving birth to daughter Camryn.

Allyson`s team mate, Dalilah Muhammad improved her own 400m hurdle record in winning gold and heir-apparent to Usian Bolt`s crown as the world`s fastest man looks to be safely at the feet of Noah Lyles who stormed to the 200m World title.

But the biggest cheer of the entire games went to Mutaz Essa Barshim. The Qatari World Champion high-jumper thrilled the home crowd by retaining the crown he won in 2017.

There was also a record for Bahraini athlete Salwa Eid Naser. The Nigerian-born sprinter became the first Asian woman to win the World 400 m title at a World Championships and she did it in a personal beat time.

The GB team finished a most disappointing 6th in the medal table with just five medals, the poorest return for 14 years and three of those came from one athlete. Offsetting that negative perspective the new Golden Girl of GB athletics, Dina Asher-Smith, not only became the first GB woman  to win a world sprint title, the 200 m, but she also set a new record in becoming the first British athlete to win three medals at a World Championship. Her two other medals were silver in the 4×100 and 4×400 relays.

Katarina Johnson-Thompson set four personal bests as she dethroned World Champion Nafi Thiam, in the Pentathlon, who as well as being the reigning Olympic champion had not been beaten since 2016. It`s almost certain that the gold in Tokyo will be a fascinating contest between these two multi-faceted athletes.

And with Tokyo just over the horizon the biggest question in the post- World Championships inquests, domestically, is how will the GB team, especially the men, who finished without a single individual medal in Doha, react with the Olympic Games just nine months away, although they did manage a silver in the Mens 4 x 100 Relay. That will of course not be possible to assess until next summer but there will be a lot of head scratching and many an early morning training session to negotiate before then.

While athletes recover from their exertions in Qatar before starting the build up to Tokyo, on the training ground, the political machinations will continue off it. Like railway lines, separate but inextricably linked, sport and politics are difficult to separate, oh were that not so. Bridging those parallel worlds is Lord Coe, President of the IAAF. He had the first word in this article and it is fitting that as the games ended he once again broached the delicate and precarious topic of sport and politics.

The former Olympian, and double gold medal winner, tried to address some of the criticisms of the Doha venue, attendances as well as other brickbats aimed at undermining what was, in essence and in reality, a sporting contest. He said.

“It is really important the sport moves around the world, and it cannot forge its relationships based on political structures or transitory political systems.

We would not have sporting relationships [otherwise]. That is why sport will continue to work and sweat as hard as it does to make social change. We are not competitors, we are collaborators and organisations that are smart are actually partnering as they realise they can elicit that change.”

Coe, who was speaking on the final day in Doha added the caveat if the former were to be achieved.

“It’s important sport can rise above political structures. Fundamentally, I believe sport is the best diplomat we have.”

To paraphrase a John Lennon song,

`Give sport a chance`. 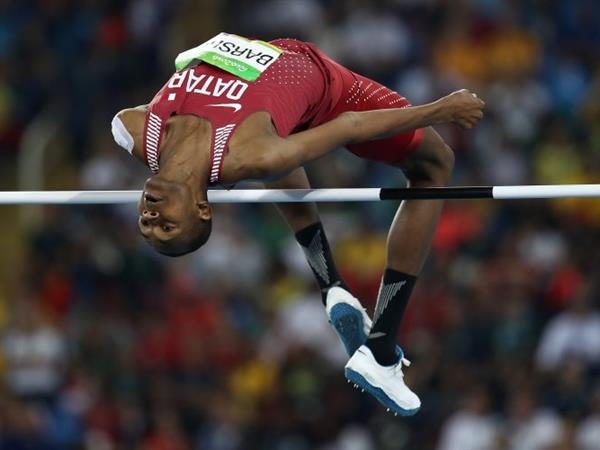